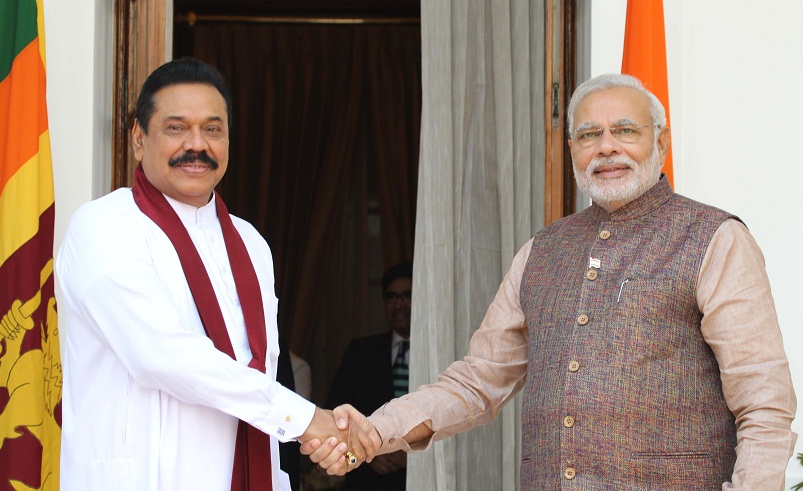 Prime Minister Narendra Modi is likely to meet the former Sri Lankan President Mahinda Rajapaksa during his visit to the island nation beginning Friday. Efforts are on to arrange a meeting in Colombo, political sources has  told The Hindu newspaper.

Refraining from commenting on a possible meeting, a source in the former President’s office said Mr. Rajapaksa was scheduled to visit Colombo on Friday.

After his former Cabinet colleague Maithripala Sirisena unseated him from the presidency in the elections in January, Mr. Rajapaksa has been spending most of his time at his ancestral home at Tangalle in Hambantota along the island’s southern coast.

Asked about a possible meeting at a recent press conference in New Delhi, Foreign Secretary S. Jaishankar said: “I do not have anything on that yet.”
Mr. Modi will meet the former President Chandrika Kumaratunga, Leader of the Opposition Nimal Siripala de Silva and senior leaders of political parties representing the minority Tamils and Muslims.

TAGS :  Narendra Modi ,  Maithripala Sirisena ,  India ,  New Delhi ,  Mahinda Rajapaksa ,
Disclaimer: All the comments will be moderated by the AD editorial. Abstain from posting comments that are obscene, defamatory or slanderous. Please avoid outside hyperlinks inside the comment and avoid typing all capitalized comments. Help us delete comments that do not follow these guidelines by flagging them(mouse over a comment and click the flag icon on the right side). Do use these forums to voice your opinions and create healthy discourse.