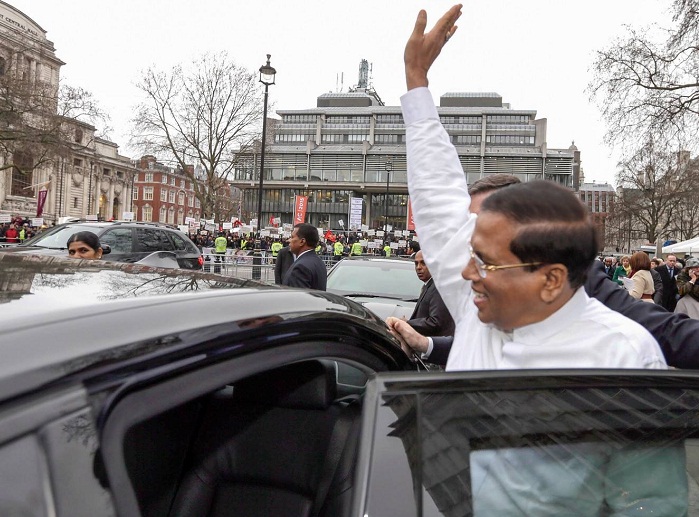 Sri Lanka hopes to set up a domestic inquiry within a month into atrocities from the civil war, President Maithripala Sirisena has told the BBC.

He said UN investigators would not take part in the inquiry, but their views would be taken into account.

The army and Tamil Tiger rebels were both accused of atrocities in the 26-year war, which ended in 2009.

In the final months, many thousands of Tamil civilians are thought to have been killed in government shelling.

When asked if UN investigators would be involved, the president said: “We are ready to get advice and their opinions for the inquiry, but I don’t think we need any outsiders because we have all the sources for this.”

On issues where Mr Rajapaksa always seemed implacable, President Sirisena appears to have opened the door just a little wider.

So Sri Lanka will still not allow UN war crimes investigators to visit. But, said the president, “we can take account of their opinion in doing our work, to make it more fruitful”. That is worlds away from the old government’s position.

His National Security Council will, he said, examine details of people, mostly Tamils, who have been in detention without charge, some for years, and will report back suggesting charging them or freeing them.
He insisted there was now space for open dialogue and dissent on issues including war crimes.

But he said he “doesn’t believe” war crimes allegations contained, for instance, in the documentary “No Fire Zone”, which was shown on the UK’s Channel 4.

The UN agreed last month to delay its long-awaited report into alleged war crimes, saying the new government was more willing to co-operate than the previous administration.

Both men were in government during the bloody finale of the war, but fell out when Mr Sirisena defected.
Parliamentary elections take place later this year, and Mr Rajapaksa could return as prime minister.

Analysts say Mr Sirisena’s refusal to allow UN investigators to be involved may be designed to appeal to Sinhalese voters, who are largely opposed to any international inquiry.

TAGS :  Maithripala Sirisena ,   Northern and Eastern ,   Northern ,  Eastern ,  Jaffna ,  UK ,  LTTE ,  domestic inquiry ,
Disclaimer: All the comments will be moderated by the AD editorial. Abstain from posting comments that are obscene, defamatory or slanderous. Please avoid outside hyperlinks inside the comment and avoid typing all capitalized comments. Help us delete comments that do not follow these guidelines by flagging them(mouse over a comment and click the flag icon on the right side). Do use these forums to voice your opinions and create healthy discourse.