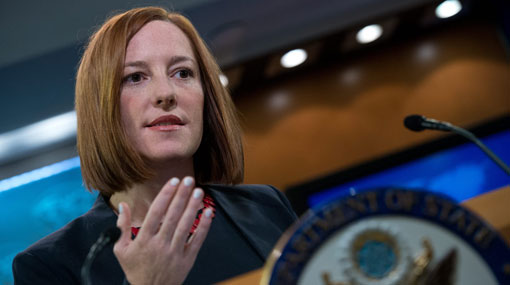 US welcomes release of Balendra Jeyakumari

The U.S. has welcomed the release by Sri Lanka’s new government of a rights activist arrested a year ago for demanding information about people who went missing during the country’s decades-long civil war.

“The United States welcomes the March 10th release of eight Sri Lankan detainees, including human rights activist Balendran Jeyakumari, who had been arrested under the previous administration and held without charge,” she said.

“We understand Ms. Jeyakumari has been released on bail pending trial, and we encourage the Government of Sri Lanka to afford the individuals and all detainees due process of law,” Psaki said, during the Daily Press Briefing in Washington.

That is seen as a goodwill gesture by the new government toward the country’s ethnic Tamil minority. Psaki called it a positive step toward ensuring human rights for all Sri Lankans.

“We applaud this positive step and encourage the government to continue its efforts to ensure human rights and fundamental freedoms for all Sri Lankans.”

Jeyakumari was arrested last March, accused of sheltering a man trying to revive the Tamil Tiger rebel group which suffered a crushing military defeat in 2009. Rights groups, however, said the arrest was an attempt to silence activists.

TAGS :  US ,  Sri Lanka ,  Balendran Jeyakumari ,  Jen Psaki ,  Washington ,  US State Department ,
Disclaimer: All the comments will be moderated by the AD editorial. Abstain from posting comments that are obscene, defamatory or slanderous. Please avoid outside hyperlinks inside the comment and avoid typing all capitalized comments. Help us delete comments that do not follow these guidelines by flagging them(mouse over a comment and click the flag icon on the right side). Do use these forums to voice your opinions and create healthy discourse.