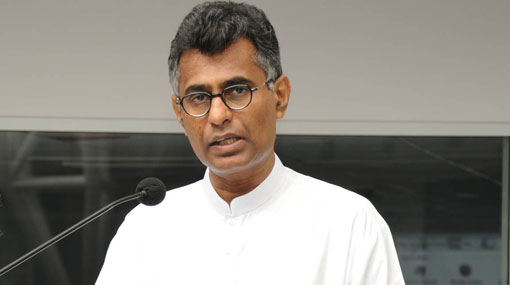 JHU okay with executive Presidency, but against arbitrary powers

The Jathika Hela Urumaya (JHU) is not against the executive Presidency, but against the arbitrary powers of the President, Minister Patali Champika Ranawaka said.

He added that the arbitrary powers of the executive Presidency will be revoked with the 19th amendment. The Cabinet approval was granted for the draft bill on the 19th Amendment on Sunday (15).

Only the arbitrary powers will be revoked. Thus this Amendment does not affect the national security. We forced the government to dismiss several suggestions that would harm national security Ranawaka said.

TAGS :  Jathika Hela Urumaya ,  JHU ,  Patali Champika ,  executive Presidency ,  19th Amendment ,
Disclaimer: All the comments will be moderated by the AD editorial. Abstain from posting comments that are obscene, defamatory or slanderous. Please avoid outside hyperlinks inside the comment and avoid typing all capitalized comments. Help us delete comments that do not follow these guidelines by flagging them(mouse over a comment and click the flag icon on the right side). Do use these forums to voice your opinions and create healthy discourse.