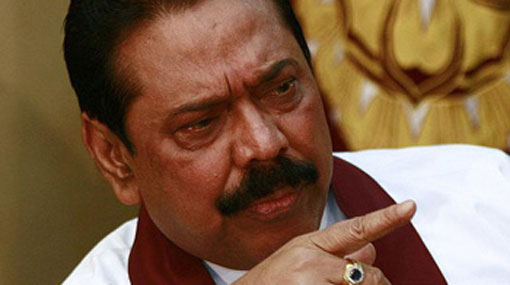 The new Government has taken steps to withdraw some vehicles attached to the motorcade of former President Mahinda Rajapaksa’s security detail, a source told Ada Derana.

The source added that the ex-President had to hand over several state owned vehicles upon a directive issued by the Defence Secretary.

However, when contacted police Spokesperson ASP Ruwan Gunasekara said that the privileges granted to the President are not the same after he (president) is defeated or retires from his office and said “This might be the reason why the vehicles were withdrawn.”

TAGS :  Mahinda Rajapaksa ,  Ex-President ,  vehicles ,
Disclaimer: All the comments will be moderated by the AD editorial. Abstain from posting comments that are obscene, defamatory or slanderous. Please avoid outside hyperlinks inside the comment and avoid typing all capitalized comments. Help us delete comments that do not follow these guidelines by flagging them(mouse over a comment and click the flag icon on the right side). Do use these forums to voice your opinions and create healthy discourse.