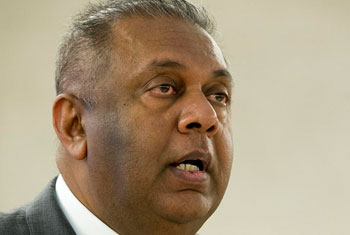 Sri Lanka’s new government has announced plans to remove 16 groups and hundreds of Tamils from a list of “foreign terrorists” as part of reconciliation with its largest ethnic minority.

The country’s foreign minister, Mangala Samaraweera, said the previous administration of hardline president, Mahinda Rajapakse, had linked overseas Tamil outfits to the rebel Liberation Tigers of Tamil Eelam (LTTE) which was crushed by his forces by May 2009.

“This was done to build up the hysteria about the LTTE regrouping.” A further 424 individuals, some of whom had been dead for years, had also been listed as terrorists and banned.

Announcing a review with a view to lifting the banning and terrorist classifications, the foreign minister said the action was part of the reconciliation plan by the president, Maithripala Sirisena.

Official sources said the lifting should happen soon. “Reviewing this list of individuals and entities is an important exercise at this juncture when the government of president Sirisena is seriously committed to expedite the reconciliation process,” the minister said.

The former regime of Mr Rajapakse, who ruled for a decade until he was defeated in January elections, had said the ban was to prevent them from funding Tamil rebels to regroup in Sri Lanka.

The terror designation applied to several organisations in Australia, Britain, Canada and the US. Among the 16 groups was the Australian Tamil Congress (ATC), which was banned in April last year, accused of financing terrorism. The ATC was formed in 2009 and has chapters in five Australian states. Mr Samaraweera said most of the groups, as well as the individuals, designated terrorist had merely been vocal proponents of Tamil rights. “There was hardly any tangible evidence to link them to the LTTE,” the minister said.

Sri Lanka’s main Tamil political party has accepted efforts of the new government to ensure reconciliation after 37 years of ethnic war that claimed more than 100,000 lives.

Security forces under Mr Rajapakse crushed the LTTE leadership in a military campaign that ended in 2009 but sparked allegations that up to 40,000 Tamil civilians were also killed, AFP reports.

TAGS :  Mangala Samaraweea ,  UN ,  UNHRC ,  war crimes ,  US ,  Foreign Minister ,  LTTE ,  diaspora ,  Parliament ,
Disclaimer: All the comments will be moderated by the AD editorial. Abstain from posting comments that are obscene, defamatory or slanderous. Please avoid outside hyperlinks inside the comment and avoid typing all capitalized comments. Help us delete comments that do not follow these guidelines by flagging them(mouse over a comment and click the flag icon on the right side). Do use these forums to voice your opinions and create healthy discourse.