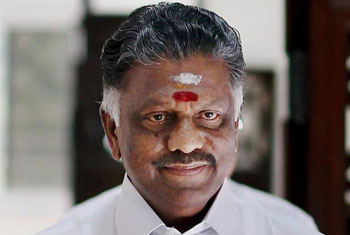 Terming the fishermen’s arrest as ‘shocking’, Mr Panneerselvam said in a letter to the Prime Minister that the scheduled talks between both countries would be meaningful only if the fishermen and their boats were released.

The fishermen of both countries are scheduled to hold talks in Chennai on March 24 and 25 in an attempt to sort out the issue of frequent arrests of Indian fishermen by the Lankan navy.

“The steps taken to defuse the tense situation in coastal districts and to create a conducive atmosphere for the smooth conduct of bilateral fishermen level talks could be undermined by this action of the Sri Lankan authorities,” Mr Panneerselvam cautioned.

Fishermen in Tamil Nadu’s Rameswaram are on an indefinite strike against the arrest.

During his recent visit to Sri Lanka, Mr Modi had urged for a humanitarian approach to this long standing problem.

Sri Lanka had released some 86 Indian fishermen last week as a goodwill gesture towards the visit of Prime Minister Narendra Modi, the first Indian leader to visit Sri Lanka since 1987. - NDTV

TAGS :  India ,  O Panneerselvam ,  Narendra Modi ,  Maithripala Sirisena ,  fishermen ,  Chennai ,  Rameswaram ,
Disclaimer: All the comments will be moderated by the AD editorial. Abstain from posting comments that are obscene, defamatory or slanderous. Please avoid outside hyperlinks inside the comment and avoid typing all capitalized comments. Help us delete comments that do not follow these guidelines by flagging them(mouse over a comment and click the flag icon on the right side). Do use these forums to voice your opinions and create healthy discourse.