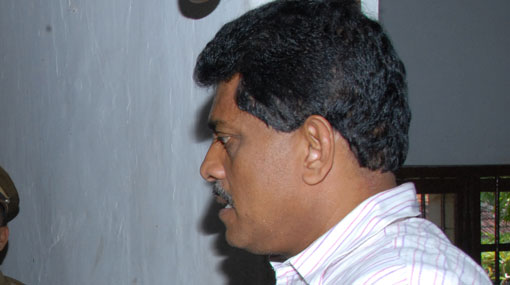 Former Deputy Minister Sarana Gunawardena, who was arrested on charges of financial fraud and criminal breach of trust, has been further remanded until March 30 by the Attanagalla Magistrate’s Court.

He has been accused of not failing to provide a stock of steel after obtaining a sum of 9.6 million rupees from a businessman and arrested by the Criminal Investigations Department (CID) on March 12 based on a complaint lodged by the Chilaw-based businessman, S.H.R. Rashmi.

Attorney-at-law Lal Kumarapeli, appearing on behalf of the plaintiff, today raised objections to a bail plea from the defendant while stating that the deputy minister had carried out the fraud while out on bail in connection with another case against him.

The attorney also informed the court that the defendant Sarana Gunawardena has made death threats to the businessman over the complaint filed by the latter. He stated that the Police Headquarters has launched a separate investigations into the death threats.

The Attanagalla Additional Magistrate Savindya Nanayakkara ordered a court hearing pertaining to the alleged threats made by the ex-Deputy Minister at a separate date.

TAGS :  Sarana Gunawardena ,  Attanagalla Magistrates Court ,  financial fraud ,  criminal breach of trust ,
Disclaimer: All the comments will be moderated by the AD editorial. Abstain from posting comments that are obscene, defamatory or slanderous. Please avoid outside hyperlinks inside the comment and avoid typing all capitalized comments. Help us delete comments that do not follow these guidelines by flagging them(mouse over a comment and click the flag icon on the right side). Do use these forums to voice your opinions and create healthy discourse.