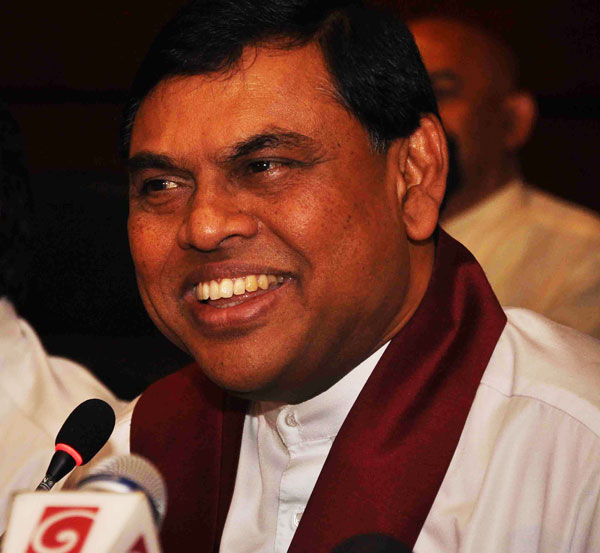 Police to seek court order to bring down Basil Rajapaksa

The police will seek a court order to bring down ex-President’s brother and former Minister Basil Rajapaksa in order to question him over alleged financial frauds, police spokesman Ruwan Gunasekara said.

The UPFA Parliamentarian and his wife Pushpa Rajapaksa left to the USA through the VIP lounge at the Bandaranaike International Airport in Katunayake, on 11 January.

TAGS :  Basil Rajapaksa ,  Basil ,  Rajapaksa ,  SLFP ,  Ruwan Gunasekara ,
Disclaimer: All the comments will be moderated by the AD editorial. Abstain from posting comments that are obscene, defamatory or slanderous. Please avoid outside hyperlinks inside the comment and avoid typing all capitalized comments. Help us delete comments that do not follow these guidelines by flagging them(mouse over a comment and click the flag icon on the right side). Do use these forums to voice your opinions and create healthy discourse.