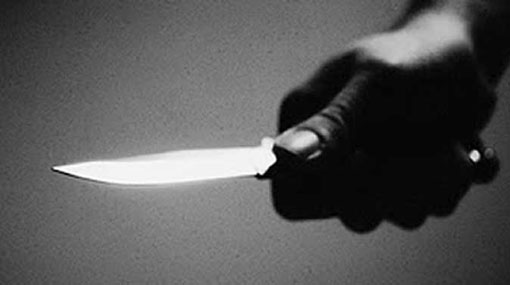 A Sri Lankan man, who killed his wife after suspecting that she cheated on him and had extramarital affairs, has been jailed for life by a Dubai court.

The 32-year-old husband, S.S., slapped his Sri Lankan wife, stabbed her in the leg and strangled her after she told him she was going to have sexual relations with her boyfriend in June 2014.

The Dubai Court of First Instance convicted S.S. of killing his wife, S.H., in the villa of her sponsor where she worked as a housemaid, Gulf News reported.

The accused entered a not guilty plea and contended that he did not plan or intend to kill her.

A police lieutenant said S.S. surrendered to Dubai Police and confessed that he killed her immediately after the incident in The Springs.

“A police patrol was dispatched to the villa at Emirates Hills for interrogations. The woman’s dead body was discovered in a room adjacent to the main villa. Shortly after that, S.S. surrendered then confessed that he stabbed his wife because she cheated on him. The defendant claimed to police interrogators that S.H. had been his wife since 2007, and since then she had been cheating on him with different men.

“He also alleged that when he called her that day, her line was constantly busy. Then he went to the villa and, when he confronted her, the deceased told him that she was talking to her lover and had planned to go and have sex with him. S.S. said he got angry and slapped her. When she tried to strangle him, he grabbed a knife and stabbed her in the leg. Then when she tried to take away the knife, he sat on her chest and strangled her,” testified the lieutenant.

The victim’s cousin testified that a day before the crime S.H. told her over the phone that she had had a fight with her husband.

“I called her at 5pm but she did not reply. I visited her at the villa the next day after she failed to answer my calls in the morning. One of the maids told me that she had not seen her. I was worried and went to search for her in the room… the door was partly open and I saw two legs on the floor. I got scared and did not enter the room. When we discovered what had happened, we called the police” said the cousin.

TAGS :  Dubai ,  Emirates Hills ,  Dubai Police ,
Disclaimer: All the comments will be moderated by the AD editorial. Abstain from posting comments that are obscene, defamatory or slanderous. Please avoid outside hyperlinks inside the comment and avoid typing all capitalized comments. Help us delete comments that do not follow these guidelines by flagging them(mouse over a comment and click the flag icon on the right side). Do use these forums to voice your opinions and create healthy discourse.