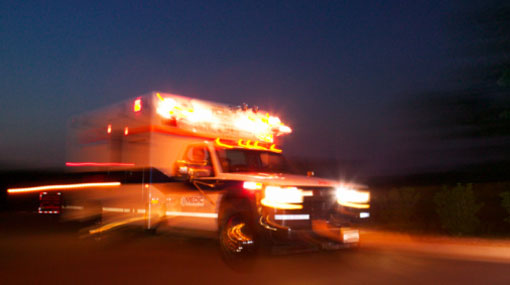 At least thirteen persons were injured and hospitalised after a van veered off the road and collided with a roadside embankment in the Hagiliella area in Badulla.

Police said that the van driver losing control of the vehicle had resulted in the accident.

The driver and passengers of the van, including 5 women, were admitted to the Welimada Hospital following the incident.

Three women who were in critical condition were later transferred to the Badulla Hospital for further treatment.

The wounded group are all said to be residents of Kurunegala.

TAGS :  Badulla Hospital ,  Welimada Hospital ,  Kurunegala ,  Hagiliella ,  crash ,
Disclaimer: All the comments will be moderated by the AD editorial. Abstain from posting comments that are obscene, defamatory or slanderous. Please avoid outside hyperlinks inside the comment and avoid typing all capitalized comments. Help us delete comments that do not follow these guidelines by flagging them(mouse over a comment and click the flag icon on the right side). Do use these forums to voice your opinions and create healthy discourse.