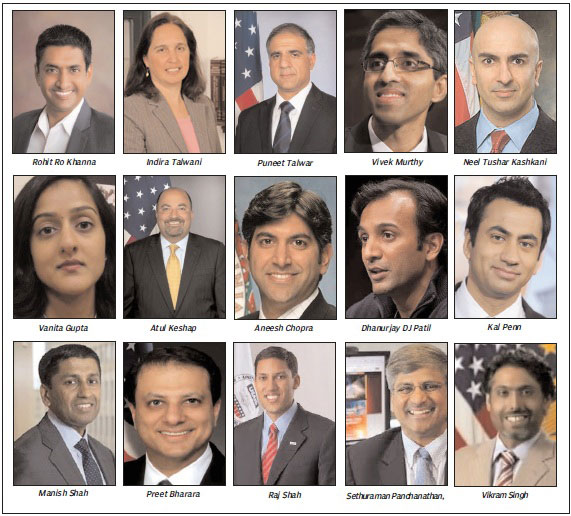 With the naming of Atul Keshap to be appointed as the new US Ambassador to Sri Lanka and Maldives, Indian Americans would be serving as US envoys in three of eight SAARC nations.

After Richard Rahul Verma, who is the US ambassador to India, yet another Indian American was named the country’s envoy by President Barack Obama.

Keshap will be taking over from former US Envoy in Sri Lanka Ambassador Michele J. Sison who left in December last year after completing her term as ambassador to take the role of Deputy Ambassador of the United States in the UN and Security Council of the United Nations.

“I am honoured that these talented individuals have decided to serve our country. They bring their years of experience and expertise to this administration, and I look forward to working with them,” said announcing Keshap’s appointment with three others.

Currently as Deputy Assistant Secretary of State in the Bureau of South and Central Asian Affairs, a position he has held since 2013, Keshap assists Nisha Desai Biswal, the first Indian-American to lead the bureau.

Now with Keshap’s appointment, Indian Americans would be serving as US envoys in three of eight SAARC nations. Another Indian American, Puneet Talwar as assistant secretary for political-military affairs, serves as a bridge between the US State and Defence departments.

And Arun Madhavan Kumar as assistant secretary of commerce and director general of the US and Foreign Commercial Service is charged with boosting US trade abroad.

Keshap previously served at the State Department as a US Senior Official for the Asia Pacific Economic Cooperation in the Bureau of East Asian and Pacific Affairs from 2012 to 2013.

From 2010 to 2012, he worked with Assistant Secretary of State Robert Blake as the Director for India, Nepal, Bangladesh, Sri Lanka, Bhutan, and Maldives in the Bureau of South and Central Asian Affairs, “engaging in day-to-day management of U.S. foreign policy toward a strategically important region,” according to the State Department website.

Prior to that, Keshap was Director for United Nations Human Rights in the Bureau of International Organization Affairs from 2008 to 2010 and Deputy Political Counselor at the US Embassy in New Delhi, India from 2005 to 2008.

He served as Director for Near Eastern and North African Affairs in the National Security Council from 2003 to 2004 and as Special Assistant to the Under Secretary for Political Affairs from 2002 to 2003.

Keshap’s earlier assignments with the State Department included postings in Morocco and Guinea. Keshap received a BA and MA from the University of Virginia.

With over a score direct Obama appointees in high places, two governors, a House member, a state attorney general and eight state legislators, Indian Americans have over the years gained power and influence far beyond their numbers.

At a little over three million, Americans of Indian ancestry make up about one percent of the US population, the country’s third largest Asian ancestry group after Chinese Americans and Filipino Americans.

Last month, after an international conference on terrorism, Obama named Rashad Hussain, a Muslim of Indian heritage, as US Special Envoy and Coordinator for Strategic Counter-Terrorism Communications.

Also last month, the White House named Dhanurjay ‘DJ’ Patil as its first chief data scientist to help shape policies and practices to help the US remain a leader in technology and innovation.

Keshap’s appointment comes at a crucial juncture in US-Sri Lanka relations as the new government looks to bring Sri Lanka’s foreign policy ‘back to the centre’ and make it more balanced.

Over the past five years, Sri Lanka’s traditionally close relations with nearby India soured as the government of former president Mahindra Rajapaksa focused on strengthening ties with China in its bid for rapid economic development.

But now, after elections in January ushered in a new government under President Maithripala Sirisena, Sri Lanka’s foreign policy is pivoting back towards India.

Dayan Jayatilleka, Sri Lanka’s former ambassador to France, recently told Al Jazeera the new government, in addition to cosying up to India, has sidelined China in favour of close ties with the US and UK.

The former diplomat, who openly supported and canvassed for Rajapaksa during the recent elections, expressed concerns that Sri Lanka was rapidly moving towards “an emergent Indo-US axis”.

TAGS :  US ,  Department of State ,  Atul Keshap ,  Sri Lanka ,  Maldives ,  US Ambassador ,  Barack Obama ,  SAARC ,
Disclaimer: All the comments will be moderated by the AD editorial. Abstain from posting comments that are obscene, defamatory or slanderous. Please avoid outside hyperlinks inside the comment and avoid typing all capitalized comments. Help us delete comments that do not follow these guidelines by flagging them(mouse over a comment and click the flag icon on the right side). Do use these forums to voice your opinions and create healthy discourse.

Is there a legal possibility to make Covid-19 vaccine mandatory?

Govt urged not to impose power cuts during A/L examination

Is there a legal possibility to make Covid-19 vaccine mandatory?

Govt urged not to impose power cuts during A/L examination