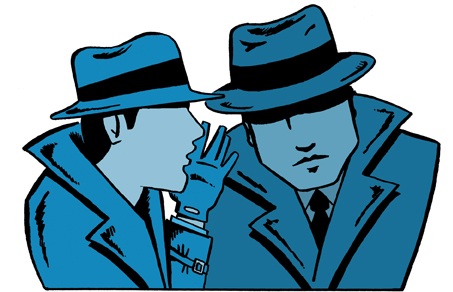 Following a change in regime in Sri Lanka, India intelligence agencies will engage with their Sri Lankan counterparts to crack down on what they describe as the “growing influence of the Inter-Services Intelligence (ISI)” in the region, particularly with the active support of the staff of Pakistan’s embassy in Colombo.

Top intelligence sources said there was concrete information that some Pakistani embassy staff were using their diplomatic cover in promoting ISI’s anti-India activities. “During the regime of former President Mahinda Rajapaksa, there was a sense that his government was trying to form a better alliance with both China and Pakistan due to which we were slight apprehensive about discussing these issues. But now that Maithripala Sirisena has assumed charge as the new President, we feel there will be greater coordination between Indian and Sri Lankan security agencies,” a senior intelligence official said.

Prime Minister Narendra Modi’s Sri Lanka visit this month is also being viewed as a huge step forward in improving ties between the two countries at every level. National security adviser Ajit Doval had also visited Sri Lanka earlier to ensure that key security agencies of the two countries work with a better understanding in future.

Indian intelligence agencies have been closely monitoring activities of the ISI in Colombo, particularly after a Sri Lankan-born ISI spy was arrested in April last year in Chennai. During interrogation, the accused, Zahir Hussain, had disclosed that he had entered India at the behest of two Pakistani embassy officials in Colombo in an attempt to increase the circulation of fake currency in India.

Senior intelligence and security officials also feel that a change of regime in Sri Lanka is helpful to India strategic security interests in the region and there would be greater cooperation between the two countries.

“We need to be extremely careful about the sea route since it is extremely porous and can be used for subversive activities. Though surveillance along the sea route has been beefed up considerably, our officers will soon get in touch with their Sri Lankan counterparts and brief them in detail as to how some of the staff at the Pak embassy in Colombo are helping in promoting anti-India activities,” the official added. (Courtesy - Asian age)

TAGS :  India ,  Sri Lanka ,  ISI ,  Pakistani embassy ,  Pakistani ,  embassy ,  Pakistan ,
Disclaimer: All the comments will be moderated by the AD editorial. Abstain from posting comments that are obscene, defamatory or slanderous. Please avoid outside hyperlinks inside the comment and avoid typing all capitalized comments. Help us delete comments that do not follow these guidelines by flagging them(mouse over a comment and click the flag icon on the right side). Do use these forums to voice your opinions and create healthy discourse.