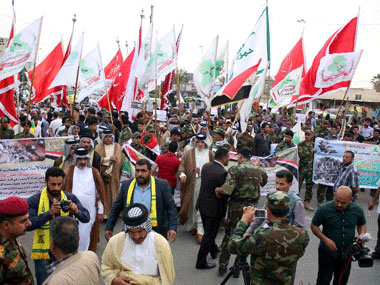 The Government today said that it is making arrangements to evacuate all Sri Lankans in Yemen, considering the prevailing volatile situation in the Arab nation.

It has been reported that there are around 75-100 Sri Lankan expatriates, including students in Yemen, the Ministry of Foreign Affairs said.

“Due to the volatile situation in the country, the Government of Sri Lanka is making arrangements to evacuate all Sri Lankans in Yemen, who are principally residing in the capital, Sana’a and other main cities, such as Hodeida, Aden and Mukalla,” it said in a statement.

The Government of Sri Lanka has sought the assistance of the UN Office in Sana’a and the International Organization for Migration (IOM) in Colombo in the evacuation efforts.

Meanwhile, the Indian Government has promptly acceded to the request of the Government of Sri Lanka to bring the stranded Sri Lankans along with Indian nationals in Yemen, who are to be evacuated by air and sea on special flights and ships respectively.

Deputy Minister of Foreign Affairs, Ajith P. Perera, in his capacity as Acting Minister last week instructed the Sri Lanka High Commission in New Delhi and the Sri Lanka Embassy in Muscat to liaise with the Ministry of External Affairs of India and the Indian Embassies in Muscat and Sana’a to coordinate the evacuation process.

Foreign Minister Mangala Samaraweera, too has issued directives to the High Commissioner of Sri Lanka in Kenya and the Charge d’ Affaires in Muscat to go to Djibouti to  support the operation and coordinate with the Indian officials.

“The Ministry continues to closely monitor the situation in Yemen and is making every effort to ensure the safe evacuation of Sri Lankans in Yemen back home,” the statement added.

Yemen ‘on verge of total collapse’

A Saudi-led coalition began an air campaign against Houthi militia on March 26.

The operation by Saudi Arabia and other Sunni Muslim states aims to prevent the Houthis and former Saleh from winning control of the country. They instead want to reinstate Saudi-backed President Abd-Rabbu Mansour Hadi.

Air strikes overnight hit Houthi positions along the Saudi border in Yemen’s far North, an army bases in the central highlands, air defense infrastructure in the eastern Marib province, and a coast guard position near Hodaida.

After the week-long campaign targeting Houthis and forces loyal to Saleh, the coalition has failed to secure Hadi’s control over his last remaining enclave in the southern port of Aden a key aim of the campaign.

UN rights chief has said that Yemen is “on the verge of total collapse” as Saudi-led coalition continues to bomb Houthi positions.

“The situation in Yemen is extremely alarming, with dozens of civilians killed over the past four days,” UN High Commissioner for Human Rights Zeid Ra’ad Al Hussein said on Tuesday.

“The country seems to be on the verge of total collapse”.

On Tuesday, air strikes targeted two Houthi-held camps and Guard soldiers in the southern town of Daleh, a Guard airbase in the southwestern city of Taez and the Houthi stronghold of Dhammar, south of Sanaa.

On the ground, deadly clashes have broken out between the rebels and tribes, militiamen and residents who oppose their power grab, the AFP news agency reported.

TAGS :  Sri Lankan expatriates ,  Yemen ,  Muscat ,  Sanaa ,  Ajith P. Perera ,  Mangala Samaraweera ,  Zeid Raad Al Hussein ,
Disclaimer: All the comments will be moderated by the AD editorial. Abstain from posting comments that are obscene, defamatory or slanderous. Please avoid outside hyperlinks inside the comment and avoid typing all capitalized comments. Help us delete comments that do not follow these guidelines by flagging them(mouse over a comment and click the flag icon on the right side). Do use these forums to voice your opinions and create healthy discourse.