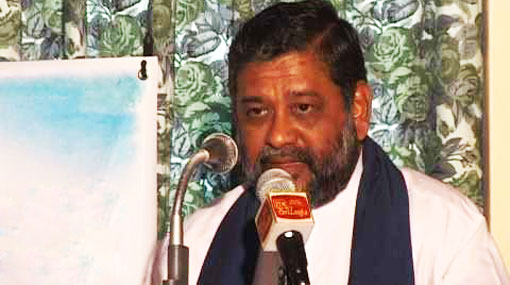 UPFA Parliamentarian Tissa Karaliyadda has decided to resign from his deputy ministerial portfolio. He stated that steps were taken to inform the Parliament regarding the decision.

On March 22, a group of MPs of the Sri Lanka Freedom Party (SLFP) were sworn in as Cabinet Ministers, State Ministers and Deputy Ministers.

Tissa Karaliyadda took oaths as the Deputy Minister of Buddha Sasana & Democratic Governance at the ceremony held at the Presidential Secretariat.

However, the MP said that he had opted to resign due to the inability to serve in the post with a clear conscience.

TAGS :  Tissa Karaliyadda ,  UPFA ,  SLFP ,  Deputy Minister of Buddha Sasana & Democratic Governance ,
Disclaimer: All the comments will be moderated by the AD editorial. Abstain from posting comments that are obscene, defamatory or slanderous. Please avoid outside hyperlinks inside the comment and avoid typing all capitalized comments. Help us delete comments that do not follow these guidelines by flagging them(mouse over a comment and click the flag icon on the right side). Do use these forums to voice your opinions and create healthy discourse.