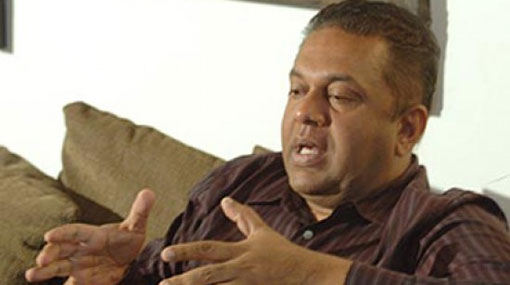 The Sri Lankan Government today vowed to remedy the root causes of injustice, discrimination and prejudice that have spawned hate and violence for many decades in the country.

“Sri Lanka condemns terrorism in all its forms and manifestations and is committed to working with the EU and Member States in this regard. As importantly, we know that sustainably eradicating terrorism requires us to go beyond dealing with its symptoms,” Foreign Affairs Minister Mangala Samaraweera said.

“We will remedy the root causes of injustice, discrimination and prejudice that have spawned hate and violence for many decades,” he said, at the 19th Session of the Sri Lanka – EU Joint Commission in Colombo.

“This government will break from this past and is deeply committed to make our vision of a multi-cultural, multi-ethnic and multi-lingual Sri Lanka based on the principles of equality, justice and meritocracy a reality for all Sri Lankans.”

He stated that discussions are already underway to look at ways and means of expanding the scope of human rights in line with internationally accepted standards.

Recognising that the previous Government failed to implement the recommendations of the Commissions that were set up at the time, including those made by the Lessons Learnt and Reconciliation Commission (LLRC), action is now being taken to explore steps that can be taken in this regard, he said.

“This includes examining incidents identified by these Commissions as serious violations of human rights which warrant further investigations and a criminal justice response.”

Mr Samaraweera further said that the content of the Report of the OHCHR Investigation on Sri Lanka, which is set to be released in September, will be taken into account by domestic investigative and judicial mechanisms which the government envisage setting up.

“The Government has already begun discussions regarding the nature of local mechanisms that should be put in place for this purpose including amendments to existing laws,” he said.

The Foreign Minister further said that the Government has invited the Working Group on Involuntary and Enforced Disappearances and the UN High Commissioner for Human Rights to visit the island nation. “Both visits are expected to take place before September this year.”

TAGS :  Mangala Samaraweera ,  EU ,  UN ,  LLRC ,  OHCHR ,  Sri LankaEU Joint Commission ,  terrorism ,
Disclaimer: All the comments will be moderated by the AD editorial. Abstain from posting comments that are obscene, defamatory or slanderous. Please avoid outside hyperlinks inside the comment and avoid typing all capitalized comments. Help us delete comments that do not follow these guidelines by flagging them(mouse over a comment and click the flag icon on the right side). Do use these forums to voice your opinions and create healthy discourse.