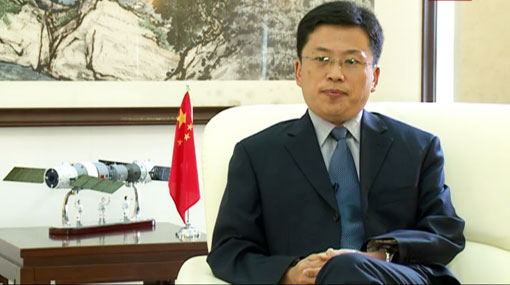 China today denied that a sum of Rs 30 billion has been reduced from the construction cost of the Colombo Outer Circular Expressway, as claimed by the spokesman of the Sri Lankan government.

“We were surprised to see the news in the newspaper. This news is not true,” Acting Ambassador of China, Ren Faqiang told Ada Derana.

“We contacted the relevant Chinese companies. No such agreement has been made between the Chinese contractor and Sri Lanka road development agency.”

Speaking at a press briefing on Wednesday (April 01), Health Minister and Cabinet Spokesman Dr Rajihta Senaratne had said that a sum of Rs 30 billion has been reduced from the project.

“That shows the extent of corruption which had taken place in Sri Lanka,” he said, adding, that this additional money is used for organising rallies and bring down bus-loads of people.

“If the earlier government was there they had to pay 30 billion there. That is the amount to be paid to our politicians. What else,” he had said.

However, Mr Faqiang stated that the assumption of Rs 30 billion being paid as commissions to politicians for a construction that costs only double that sum is unreasonable.

“Nevertheless to say the 30 billion rupee so called commission to the figures of the previous government. In fact the total cost of the construction is 66.8 billion rupees. How can half this amount be given as commission? It’s unreasonable.”

The Acting Chinese Ambassador in Colombo further said that the cost of the road construction by the Chinese company is reasonable when compared to similar projects by other nations.

“The 9.5km expressway includes 6km of bridges, flyovers, viaducts and only 3.5km of hard road. So it is a very tough drop. Compared to similar projects by other countries, the Chinese company’s cost is reasonable and low.”

“That is why the Sri Lankan government chose the Chinese company. Because this company can finish on time, the standard and quality is high and the cost is low,” he said.

He also said that the Chinese company hires a lot of local people and thereby create a lot of job opportunities in Sri Lanka.

TAGS :  Ren Faqiang ,  Rajihta Senaratne ,  China ,  Colombo Outer Circular Expressway ,
Disclaimer: All the comments will be moderated by the AD editorial. Abstain from posting comments that are obscene, defamatory or slanderous. Please avoid outside hyperlinks inside the comment and avoid typing all capitalized comments. Help us delete comments that do not follow these guidelines by flagging them(mouse over a comment and click the flag icon on the right side). Do use these forums to voice your opinions and create healthy discourse.