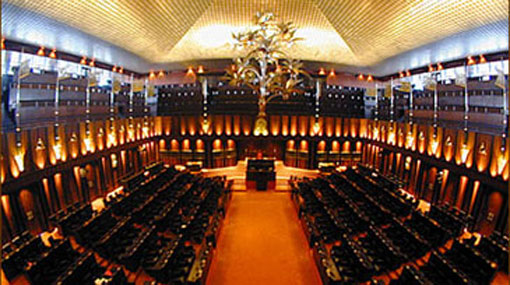 Speaker Chamal Rajapaksa has apprised the United People’s Freedom Alliance (UPFA) General Secretary Susil Premajayantha to have discussions with the party members and decide on who should be appointed as the Opposition Leader.

A proposal signed by 60 Parliamentarians, requesting to nominate Dinesh Gunawardena for the post, was also handed over to the Parliament, yesterday.

TAGS :  Speaker Chamal Rajapaksa ,  Speaker ,  Chamal ,  Rajapaksa ,  Susil Premajayantha ,  Opposition Leader ,
Disclaimer: All the comments will be moderated by the AD editorial. Abstain from posting comments that are obscene, defamatory or slanderous. Please avoid outside hyperlinks inside the comment and avoid typing all capitalized comments. Help us delete comments that do not follow these guidelines by flagging them(mouse over a comment and click the flag icon on the right side). Do use these forums to voice your opinions and create healthy discourse.