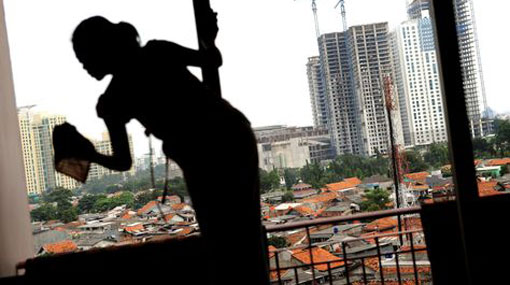 A Sri Lankan maid who was in hospital for three years following an accident in Saudi Arabia has flown back home with a smile, thanks to the Human Rights Commission.

The maid had been admitted to the civil hospital in Khamis Mushayt soon after the road accident, due to which she suffered from paraplegia.

The HRC in Asir region intervened in the matter and launched efforts to grant her compensation and other assistance before being repatriated.

Dr. Hadi Al-Yami, supervisor of HRC in Asir, said maid was working for a Saudi family.

“The women’s section of the commission offered all help to end the sufferings of the maid. The finance and legal procedures were also completed by the the HRC’s legal researcher,” he said, adding that the hospital and government agencies were supportive throughout.

The HRC staff bid farewell to Maria at the Abha airport, where they presented her bouquets and wished her a safe journey. – Arab News

TAGS :  Sri Lankan maid ,  HRC ,  Saudi Arabia ,  Asir ,  Abha airport ,
Disclaimer: All the comments will be moderated by the AD editorial. Abstain from posting comments that are obscene, defamatory or slanderous. Please avoid outside hyperlinks inside the comment and avoid typing all capitalized comments. Help us delete comments that do not follow these guidelines by flagging them(mouse over a comment and click the flag icon on the right side). Do use these forums to voice your opinions and create healthy discourse.