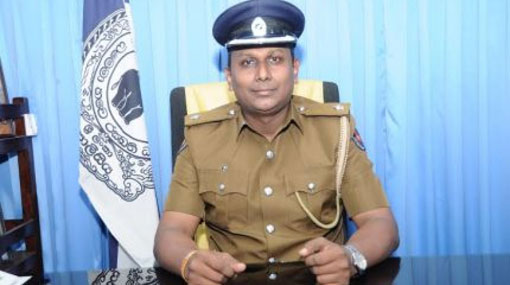 Motorists urged to not drink and drive this New Year

The Police Department today appealed to all motorists to refrain from driving while under the influence of alcohol. Special police teams have been deployed to arrest drunken drivers, police spokesman ASP Ruwan Gunasekara said.

He stated that a majority of motorists arrested on drunk driving charges during the past two days were motorcyclists and three-wheeler drivers.

He said that necessary action will be taken to cancel the driving licenses of persons arrested for DUI.

The police spokesman also urged the public to exercise caution when handling fireworks during the festive season.

Meanwhile the Excise Department has established a special hotline for complaints pertaining to the illegal sale of liquor. The public is requested to contact 0112 300 170 to provide any information regarding individuals o establishments selling liquor today.

TAGS :  Sinhala and Tamil New Year ,  Ruwan Gunasekara ,  police ,
Disclaimer: All the comments will be moderated by the AD editorial. Abstain from posting comments that are obscene, defamatory or slanderous. Please avoid outside hyperlinks inside the comment and avoid typing all capitalized comments. Help us delete comments that do not follow these guidelines by flagging them(mouse over a comment and click the flag icon on the right side). Do use these forums to voice your opinions and create healthy discourse.