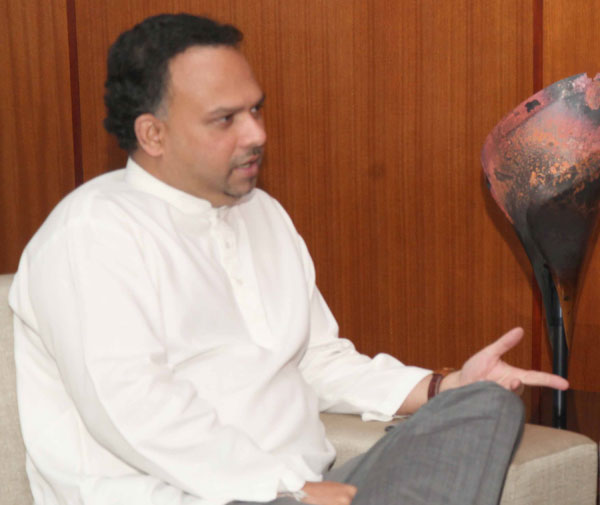 ICC to seek explanation from Navin

The International Cricket Council (ICC) says that it will seek “a full and proper explanation” from the Sports Minister of Sri Lanka, Navin Dissanayake regarding the government’s recent intervention in Sri Lanka Cricket.

“The ICC Board today considered the implications of the appointment of an Interim Committee of Sri Lanka Cricket (SLC) by the Government of Sri Lanka and whether this may be a breach of the ICC’s constitution which requires free and fair elections for office-bearers within Member boards.”

“After considerable discussion, and without making a final decision on the matter, the ICC Board supported a recommendation of the ICC Governance Review Committee that it should write to the Sports Minister of Sri Lanka seeking a full and proper explanation of its intervention that prima facie puts SLC in breach of the ICC’s constitution.”

“The Board further decided that, pending the satisfactory resolution of this matter, the next financial distribution due from the ICC to SLC will not be advanced to SLC and will, instead, be held in an escrow account,” the ICC said in a statement.

It further said: “Notwithstanding the Board’s decision, Mr Nuski Mohamed – a nominee of the Interim Committee – was given the opportunity to provide information about the status of the Interim Committee, following which he was invited to attend the ICC Board meeting as an observer on behalf of the interests of cricket in Sri Lanka.”

“Unfortunately, Mr Mohamed declined to attend the meeting on these terms and as a result there was no representative from Sri Lanka at the meeting.”

“The recent media comments of the Sri Lankan Sports Minister suggesting that the ICC was ‘colluding’ with former SLC officials were also noted and the ICC Board expressed its disappointment with the inaccurate nature of these comments.”

“Moving forward the ICC hopes to progress this matter constructively with the Government of Sri Lanka for the good of all cricketing interests in Sri Lanka,” the statement added.

The ICC Board consists of the nominated representatives of each of the 10 Full Members plus three elected Associate Member representatives. The meeting is chaired by Mr Narayanaswami Srinivasan. Also present is the ICC Chief Executive.

TAGS :  ICC ,  SLC ,  Navin Dissanayake ,  cricket ,  Interim Committee ,
Disclaimer: All the comments will be moderated by the AD editorial. Abstain from posting comments that are obscene, defamatory or slanderous. Please avoid outside hyperlinks inside the comment and avoid typing all capitalized comments. Help us delete comments that do not follow these guidelines by flagging them(mouse over a comment and click the flag icon on the right side). Do use these forums to voice your opinions and create healthy discourse.