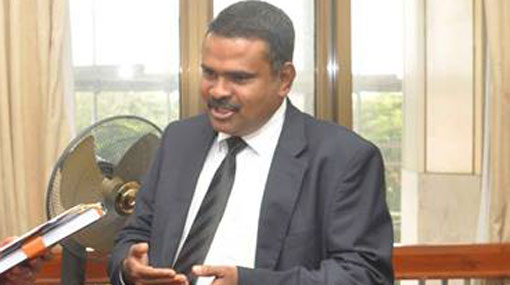 19A: Bar Association asks parties to set aside differences

The Bar Association of Sri Lanka (BASL) today called on all political parties in the country to set aside their political differences to act in the best interests of the nation and enact the ‘crucial’ measures proposed in the 19th Amendment.

“The Bar Association of Sri Lanka has been consistently committed to upholding and preserving the Rule of Law in Sri Lanka,” BASL Secretary Ajith Pathirana said in a statement.

He stated that it has always been their unwavering position that the Independence of the Judiciary, the independence of the public service including the police force, Good Governance and Zero-Tolerance towards corruption are essential in a democratic society committed to upholding the Rule of Law.

“The Bar Association of Sri Lanka sees the provisions in the proposed 19th Amendment to the Constitution on these measures, as a necessary and essential step towards achieving these ideals.”

In particular, BASL said, that certain measures that are included in the 19tth amendment “are crucial at this juncture,” and require urgent implementation

“The BASL strongly urges all parties concerned to ensure the immediate enactment of these measures.”

“The BASL calls upon all parties to set aside their political and/or other partisan differences and to act at this moment in the best interests of the nation,” the statement said.

TAGS :  Ajith Pathirana ,  19th Amendment ,  18th Amendment ,  BASL ,  Good Governance ,
Disclaimer: All the comments will be moderated by the AD editorial. Abstain from posting comments that are obscene, defamatory or slanderous. Please avoid outside hyperlinks inside the comment and avoid typing all capitalized comments. Help us delete comments that do not follow these guidelines by flagging them(mouse over a comment and click the flag icon on the right side). Do use these forums to voice your opinions and create healthy discourse.