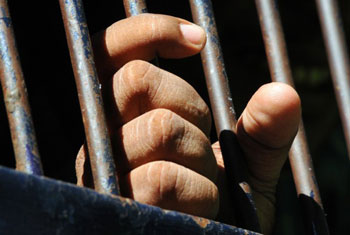 Seventeen Sri Lankan fishermen who were in custody in Myanmar on charges of breaching International Maritime Boundary Line (IMBL) have been released following  a Presidential pardon.

The President of Myanmar has instructed the relevant authorities to withdraw the case filed against the fishermen and release them, following requests made by the Ministry of Foreign Affairs, Deputy Minister of Foreign Affairs Ajith P.Perera said yesterday.

According to a directive of the Myanmar President, the trawlers which were seized too have been repaired, Deputy Foreign Affairs Minister Ajith P. Perera added and said that the Ministry had initiated discussions with the Myanmar authorities to get the fishermen released under the instructions of Minister Mangala Samaraweera.

The fishermen who were in custody for seven months are slated to return to the country shortly in their own trawlers.

He also thanked the efforts rendered in this regard by the Fisheries Ministry and Foreign Ministry Consular Division Head Pradeepa Seram.

The group of fishermen from the South and their three fishing trawlers were seized by Myanmar officials last October. The fishermen had said that their boats had been caught up in a storm and that their straying into Myanmar waters was not intentional.

TAGS :  Sri Lankan fishermen ,  Myanmar ,  presidential pardon ,  Ajith P. Perera ,  Fisheries Ministry ,  Mangala Samaraweera ,
Disclaimer: All the comments will be moderated by the AD editorial. Abstain from posting comments that are obscene, defamatory or slanderous. Please avoid outside hyperlinks inside the comment and avoid typing all capitalized comments. Help us delete comments that do not follow these guidelines by flagging them(mouse over a comment and click the flag icon on the right side). Do use these forums to voice your opinions and create healthy discourse.