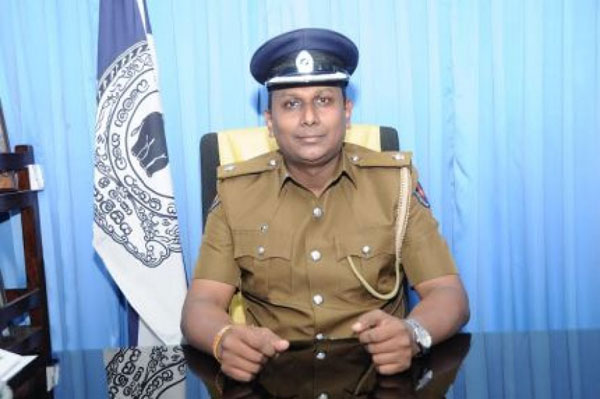 An Army Corporal who was allegedly armed with a weapon at a recent event attended by President Maithripala Sirisena in Agunukolapelessa has been arrested by the Criminal Investigations Department (CID), police spokesman ASP Ruwan Gunasekara said.

According to resent media reports, the army corporal had attended the function with MP Namal Rajapaksa on April 25.

Sirisena was addressing the Sri Lanka Freedom Party (SLFP) district organisation which was attended by the parliamentarian, who had said that the arrested Corporal was only carrying a bottle of water.

The suspect was arrested by the CID last night following extensive investigations carried out regarding the incident.

The police spokesman said that the suspect was remanded until May 12 after being produced before the Agunukolapelessa Magistrate.

“The CID started an investigation and a Corporal named Senaka Kumara has been arrested by the CID on May 2. He has now been remanded until May 12,” Gunasekera said.

This was the worst security breach involving a president since the then President Chandrika Kumaratunga was seriously injured in a suicide bomb attack blamed on the LTTE in December 1999.

TAGS :  Maithripala Sirisena ,  army ,  Corporal ,  Agunukolapelessa ,  Mahinda Rajapaksa ,  Namal Rajapaksa ,  gun ,
Disclaimer: All the comments will be moderated by the AD editorial. Abstain from posting comments that are obscene, defamatory or slanderous. Please avoid outside hyperlinks inside the comment and avoid typing all capitalized comments. Help us delete comments that do not follow these guidelines by flagging them(mouse over a comment and click the flag icon on the right side). Do use these forums to voice your opinions and create healthy discourse.