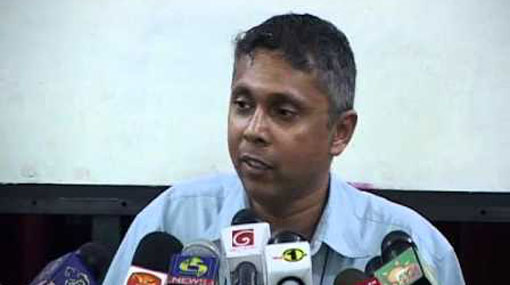 Condemning the Friday’s attack on Dr Nirmal Ranjith Dewasiri and Dr Kumudu Kusum Kumara, the Federation of University Teachers’ Associations today said that the incident is a grim reminder of the political culture that people thought they had defeated on January 08.

Dr Dewasiri and Dr Kusum Kumara had been near the May Day Rally organised by MPs Wimal Weerawansa, Vasudeva Nanayakkara and Dinesh Gunwardene at Kirulapone.

“Those attacking Dr Dewasiri and Dr Kusum Kumara had been shouting that they were responsible for defeating former President Mahinda Rajapakse.”

“Dr Dewasiri and Dr Kusum Kumara were fortunate to get away alive, thanks to the swift action of the police who had been providing security arrangements for the rally. The mob had even tried to attack the police vehicle which took away the two academics from the site,” FUTA said in a statement.

“This cowardly attack is a grim reminder of the kind of political culture that people thought they had defeated on the 8th of January 2015: lack of respect for political dissent; use of violence and complete intolerance of political opposition.”

“As much or even more as we condemn the mob which engaged in this attack, we need to condemn the politics which engenders this kind of behavior,” it said.

FUTA says that it is the “venomous political ideology” spewed out by those who are no longer in power, after they have been defeated through democratic means, that is promoting the attitudes and actions that led to this attack.

“We condemn in the strongest possible terms the attack on our two members and colleagues. We demand an investigation into this event and that those responsible be brought before the law.”

FUTA stressed that that as university academics who have fought to uphold the rule of law, democratic principles and the right of dissent, its members cannot be intimidated by such “cowardly attacks.”

“We will continue to work for these principles and support all endeavours to ensure that this country strives towards the political reforms which the people voted for on the 8th of January 2015.”

TAGS :  FUTA ,  Dr Nirmal Ranjith Dewasiri ,  Dr Kumudu Kusum Kumara ,  Kirulapone ,  Wimal Weerawansa ,  Vasudeva Nanayakkara ,  Dinesh Gunwardene ,
Disclaimer: All the comments will be moderated by the AD editorial. Abstain from posting comments that are obscene, defamatory or slanderous. Please avoid outside hyperlinks inside the comment and avoid typing all capitalized comments. Help us delete comments that do not follow these guidelines by flagging them(mouse over a comment and click the flag icon on the right side). Do use these forums to voice your opinions and create healthy discourse.