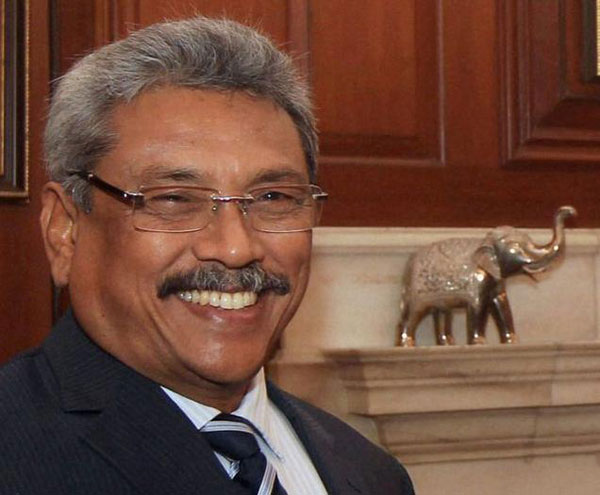 Ada Derana reliably learns that former Defence Secretary Gotabaya Rajapaksa has been summoned to appear at the Police Financial Crimes Investigation Division (FCID) on May 1.

It is also understood that Rajapaksa has been asked to visit the FCID for questioning regarding the controversial MiG deal and a share issuance by Lanka Hospitals.

A complaint had been filed recently alleging financial fraud at the Lanka Hospitals Corporation PLC under the chairmanship of former Defence Secretary Gotabaya Rajapaksa between 2009 and 2014.

Mr. Rajapaksa was appointed as the Lanka Hospitals Chairman after Sri Lanka Insurance reverted to government ownership after 65.14% shares were acquired by the state.

The complainant claims that the former Secretary of Defence took control of the affairs of the hospital and was responsible for a financial fraud amounting to Rs.600 million that took place after artificially manipulating the price of a Lanka Hospital shares at the stock market.

Meanwhile Gotabaya Rajapaksa, speaking to Ada Derana yesterday, accused the JVP of attempting to discredit him by making ‘false’ accusations.

The Janatha Vimukthi Peramuna (JVP) on Wednesday filed a case against him with the Bribery Commission. The JVP accused the former Defence Secretary of misconduct or financial misappropriation of money amounting to about Rs. 130 million through a project incited to renovate three bus stands in the Ampara district.

In their complaint to the Bribery Commission, the JVP claimed the money has been deposited to a bank account owned by the former Defence Secretary and that the funds were allocated to renovate bus stands in Padiyathalawa, Dehiattakandiya and Maha-oya.

“However, bus stands in Padiyathalawa and Dehiattakandiya were not renovated as promised,” former MP Wasantha Piyatissa told media.

while denying allegations, Rajapaksa said “this seems like the latest episode in the campaign to destroy my reputation. Some elements are struggling to destroy my goodwill,”

Rajapaksa also vowed to take legal actions against those who came to the Bribery Commission to make the complaint what he described as a ‘false allegation’ against him.

TAGS :  Gotabaya Rajapaksa ,  MiG deal ,  Lanka Hospitals ,  FCID ,  share issuance ,  Defence Secretary ,  financial fraud ,  JVP ,
Disclaimer: All the comments will be moderated by the AD editorial. Abstain from posting comments that are obscene, defamatory or slanderous. Please avoid outside hyperlinks inside the comment and avoid typing all capitalized comments. Help us delete comments that do not follow these guidelines by flagging them(mouse over a comment and click the flag icon on the right side). Do use these forums to voice your opinions and create healthy discourse.