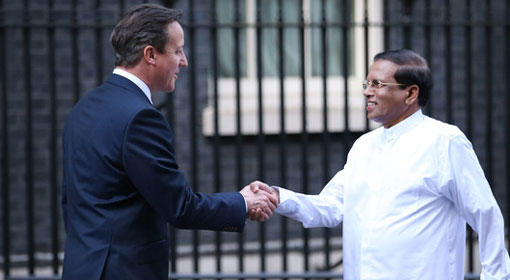 David Cameron has returned to Downing Street as Prime Minister, and three political leaders have fallen on their swords, after an extraordinary election night in Britain.

The Tories outperformed even their own expectations by winning a majority of seats, while Labour and the Liberal Democrats suffered bitter losses. Meanwhile, Scotland has been seized by the nationalists.

TAGS :  President ,  Maithripala ,  Sirisena ,  British ,  Prime Minister ,  David Cameron ,
Disclaimer: All the comments will be moderated by the AD editorial. Abstain from posting comments that are obscene, defamatory or slanderous. Please avoid outside hyperlinks inside the comment and avoid typing all capitalized comments. Help us delete comments that do not follow these guidelines by flagging them(mouse over a comment and click the flag icon on the right side). Do use these forums to voice your opinions and create healthy discourse.