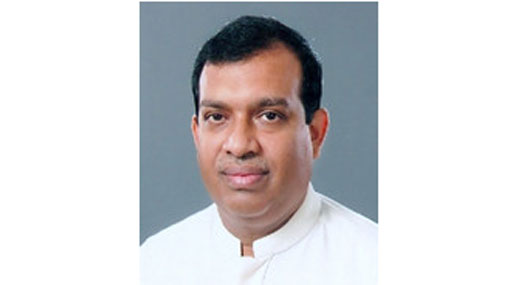 The Deputy Minister of Public Order, MP Neranjan Wickramasinghe, has passed away at the Panadura Hospital following a brief illness, hospital sources confirmed.

He was a Minister in the North Western Provincial Council for a long period before being elected to Parliament in 2010 from the UPFA ticket.

On April 23, Wickramasinghe was sworn in as the Deputy Minister of Public Order.

TAGS :  Neranjan Wickramasinghe ,  Deputy Minister ,  Public Order ,  DP Wickramasinghe ,
Disclaimer: All the comments will be moderated by the AD editorial. Abstain from posting comments that are obscene, defamatory or slanderous. Please avoid outside hyperlinks inside the comment and avoid typing all capitalized comments. Help us delete comments that do not follow these guidelines by flagging them(mouse over a comment and click the flag icon on the right side). Do use these forums to voice your opinions and create healthy discourse.