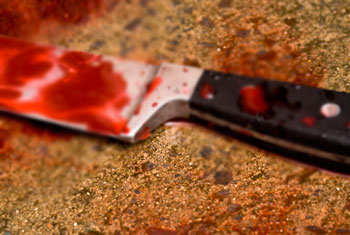 An Indian man murdered a Sri Lankan nurse in Kuwait following a rift over a KD500 (Rs 220,860) debt, a newspaper in the oil-rich Gulf emirate reported.

The unnamed man waited for the 31-year-old nurse to step out of the hospital in the capital Kuwait City and stabbed her twice in the back, ‘Al Watan’ said on Monday.

An Arab hospital employee who was entering the hospital rushed to the scene and caught the killer, the paper said, adding that he was handed to the police.

“The killer told the police he stabbed the woman after she refused to pay him a debt of KD500,” the paper said.

TAGS :  Kuwait City ,  Sri Lankan expatriates ,  stabbing ,  Indian ,  Kuwait ,  Gulf emirate ,
Disclaimer: All the comments will be moderated by the AD editorial. Abstain from posting comments that are obscene, defamatory or slanderous. Please avoid outside hyperlinks inside the comment and avoid typing all capitalized comments. Help us delete comments that do not follow these guidelines by flagging them(mouse over a comment and click the flag icon on the right side). Do use these forums to voice your opinions and create healthy discourse.