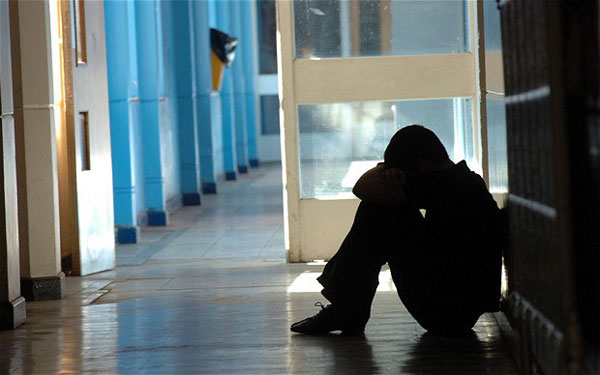 A boy, 17, is taking Australian education authorities to court, claiming he has been robbed of his future by his school’s failure to deal with the racist classroom bullies who tormented him.

The teen, of Sri Lankan descent, is suing in the County Court, claiming he was “bullied, threatened, humiliated” and assaulted and racially vilified while a student at Hawthorn Secondary College.

He argues that the school’s failure to promote racial harmony has likely destroyed his working future.

He is seeking damages for loss of earnings after being diagnosed with post-traumatic stress disorder, major depression, and psychotic symptoms.

A Department of Education spokesman confirmed that it had received a claim in relation to the former student’s treatment at the school, and was investigating it.

“The department takes all reports of bullying in schools very seriously, and is committed to providing safe and supportive learning environments for all students,” the departmental spokesman said.

Hawthorn Secondary College, which had just 400 students, closed at the end of 2013. Auburn High School has since been opened on the same site.

The teenager claims that he was subjected to a number of racist outbursts in 2013, once telling a teacher “all the students at the school hate me”.

The boy claims he was suspended over a fist fight in class that followed racist remarks directed at him, and he had been punished for trying to protect himself.

It is claimed that the boy’s parents met staff in relation to his treatment at the school, and that after the boy was bullied in class the then principal recommended he see a doctor.

“The principal knew ... that (the boy) was vulnerable and needed medical attention, and therefore, that he was likely to be susceptible to psychological harm if bullied,” it is alleged in the writ.

The teenager alleges that though the school issued students with anti-bullying certificates it failed to educate those who had bullied him against engaging in such behaviour.

He claims the school’s failure to act, and to implement adequate measures in support of “racial harmony”, put him “in a position of peril”.

The boy’s family and their solicitor declined to comment.

TAGS :  Australia ,  Sri Lankan origin ,  Hawthorn ,  bullying ,
Disclaimer: All the comments will be moderated by the AD editorial. Abstain from posting comments that are obscene, defamatory or slanderous. Please avoid outside hyperlinks inside the comment and avoid typing all capitalized comments. Help us delete comments that do not follow these guidelines by flagging them(mouse over a comment and click the flag icon on the right side). Do use these forums to voice your opinions and create healthy discourse.