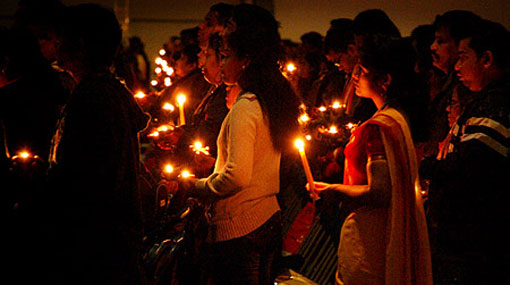 The Mullaitivu Magistrate’s Court today issued a stay order banning the holding if any LTTE remembrance event up to 14 days from 18 May within the Mullaitivu police area, police spokes ASP Ruwan Gunasekara said.

Mullaitivu Police had moved the court to obtain the stay order following reports that the Tamil National People’s Front (TNPF) was organizing an LTTE remembrance event in Mullaitivu on May 18.

Earlier today, Tamil politician Gajendrakumar Ponnambalam in a tweet said that a “Tamil Genocide Remembrance” event organised by his Tamil National People’s Front (TNPF) scheduled for May 18 has been banned on the orders of the Mullaithivu magistrate.

Ponnambalam said the police told him that another organisation wants to commemorate the same event in Mullaithivu so it might trigger a clash causing a breach of peace.

On May 18, 2009, government forces emerged victorious in the civil war, ending the LTTE’s over three-decade armed separatist campaign for a homeland for Sri Lankan Tamils.

Separately, the government is set to celebrate May 18 this year as ‘Armed Forces Day’ with lesser focus on glorifying the military victory, keeping in mind the sensitivities of the Tamil minority.

TAGS :  TNPF ,  LTTE ,  Gajendrakumar Ponnambalam ,  May 18 ,  war ,  Sri Lankan Tamils ,  Mullaitivu ,  remembrance ,
Disclaimer: All the comments will be moderated by the AD editorial. Abstain from posting comments that are obscene, defamatory or slanderous. Please avoid outside hyperlinks inside the comment and avoid typing all capitalized comments. Help us delete comments that do not follow these guidelines by flagging them(mouse over a comment and click the flag icon on the right side). Do use these forums to voice your opinions and create healthy discourse.