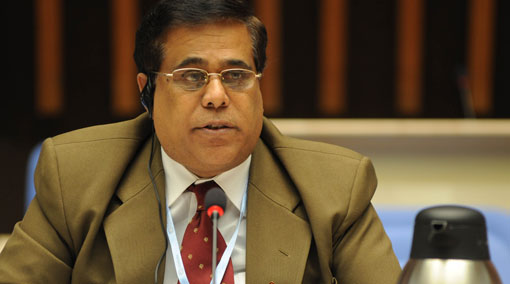 PMs remark is a major blow to the independence of the judiciary: Silva

The Opposition Leader also pointed out the order, which had been issued with respect to the FR petition that filed to challenge the legality of establishing the Financial Crimes Investigation Division (FCID) and to prevent Gotabaya Rajapaksa’s imminent arrest, is a ‘lawful’ one.

Prime Minister Wickremesinghe on Friday (15) asserted that a “defect” may exist with regard to the recent Supreme Court order on the FR petition because such a stay order requires a minimum of three judges.

The Supreme Court last week issued the interim order preventing the former Defence Secretary’s arrest until the determination of the FR petition filed by him.

The case was taken up before a three-member judge bench comprising Justices Eva Wanasundera, Sisira De Abrew and Buwaneka Aluwihare.

However, Justice Buwaneka Aluwihare decided to step down on personal grounds and therefore the petition was considered by only two judges, who postponed the hearing until October 06.

Wickremesinghe said that he has received a copy of the petition, received at the Cabinet Office, and that however he has not been served with a copy of the petition, which consists of 600 pages. The Prime Minister also stated that he has instructed his lawyers to discuss the matter with the Additional Secretary of the Prime Mister’s Office and to then take it up with the Attorney General and to let him know the position in regard to this case.

TAGS :  Prime Minister Ranil Wickramasinghe ,  Prime Minister ,  Ranil ,  Wickramasinghe ,  Nimal Siripala de Silva ,  Gotabaya ,
Disclaimer: All the comments will be moderated by the AD editorial. Abstain from posting comments that are obscene, defamatory or slanderous. Please avoid outside hyperlinks inside the comment and avoid typing all capitalized comments. Help us delete comments that do not follow these guidelines by flagging them(mouse over a comment and click the flag icon on the right side). Do use these forums to voice your opinions and create healthy discourse.