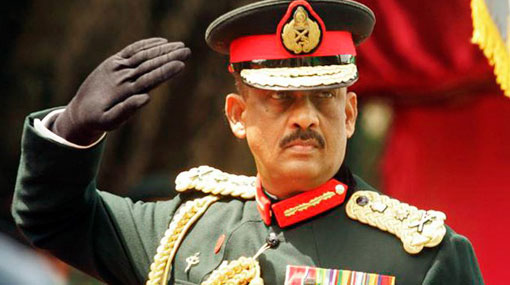 The court of appeal will rule on June 29 on the petition filed by Democratic Party leader, Field Marshal Sarath Fonseka, seeking an order to reclaim his lost Parliamentary seat and revoke the appointment of Parliamentarian Jayantha Ketagoda.

The respondents for the case include the Parliamentary Secretary, the Election Commissioner and the Attorney General.

In 2011, Ketagoda became a Parliamentarian to fill the seat left vacant by the imprisonment of Fonseka who was sentenced to serve a three- year jail term by a military court.

The petitioner claimed that Fonseka is eligible to be reappointed in his position, since all charges have been dropped against him. The petitioner also notified that all civic rights and army titles of Fonseka have been restored following a directive issued by the President as well.

Ketagoda, who was a strong member of the DP, left the party and joined the United People’s Freedom Alliance (UPFA) to support former President Mahinda Rajapaksa, on 8 December 2014.

TAGS :  Field Marshal Sarath Fonseka ,  Field Marshal ,  Sarath Fonseka ,  Jayantha Ketagoda ,
Disclaimer: All the comments will be moderated by the AD editorial. Abstain from posting comments that are obscene, defamatory or slanderous. Please avoid outside hyperlinks inside the comment and avoid typing all capitalized comments. Help us delete comments that do not follow these guidelines by flagging them(mouse over a comment and click the flag icon on the right side). Do use these forums to voice your opinions and create healthy discourse.