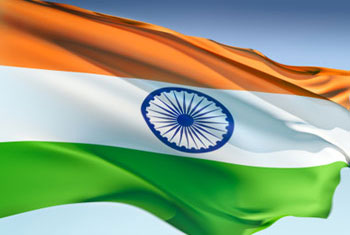 No Smuggler in team - Fishermen Delegation

Members of the delegation of Tamil Nadu fishermen who met Sri Lankan President Maithripala Sirisena here on May 12 have denied the charge that one of the members of their team was a smuggler.

“Do you think the fishermen’s delegation could have met the President of Sri Lanka without the members’ antecedents being thoroughly checked by his security staff?” asked delegation member B Jesuraja, Ramanathapuram District Secretary of the Tamil Nadu Mechanized Boat Fishermen’s Association. “We did not go to Lanka as Kalla Thonis (illegal immigrants). We went with the full knowledge of the governments of TN, India and Lanka, and with valid visas. Even Q Branch was briefed,” he said.

“We will sue the paper which published the story in the Madurai HC bench on Wednesday. The source of the story is dubious because the allegation is not attributed to any identifiable source. On May 23, we are planning a massive agitation on the issue,” Jesuraja said.

He regretted that in the current hullaballoo, achievements of the delegation have been forgotten. “We got the President to release 37 of our fishermen and agree to hold the fourth round of talks between the fishermen’s associations,” he said. S P Anthonymuthu, Advisor to the Colombo-based Indo-Lanka Fishermen’s Welfare Forum said it was for the first time that an unofficial meeting with the Lankan President had resulted in the release of TN fishermen, New Indian Express reports.

TAGS :  India ,  fishermen ,  Maithripala Sirisena ,
Disclaimer: All the comments will be moderated by the AD editorial. Abstain from posting comments that are obscene, defamatory or slanderous. Please avoid outside hyperlinks inside the comment and avoid typing all capitalized comments. Help us delete comments that do not follow these guidelines by flagging them(mouse over a comment and click the flag icon on the right side). Do use these forums to voice your opinions and create healthy discourse.