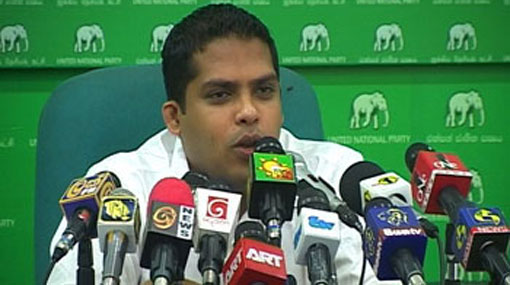 The Court of Appeals today refused to grant an interim order to suspend Harin Fernando from discharging his duties as the Chief Minister of the Uva Province.

However, the petition which was filed by UPFA General Secretary Susil Premajayantha and several Uva Provincial Councillors challenging the appointing of Fernando as CM, is to be taken up for hearing by the court.

President of Court of Appeal, Vijith Kumara Malalgoda, stated that following the initial hearing the petition will be taken up on June 15 and instructed for objection to be put forward before that date.

UNP’s Fernando was sworn in as the new Chief Minister of the Uva Provincial Council on January 14, replacing Shasheendra Rajapaksa, as the ruling UPFA failed to maintain a majority.

Thirteen UNP members and four UPFA members of the Uva PC signed an affidavit calling for the appointment of Harin as the CM.

TAGS :  Harin Fernando ,  Court of Appeals ,  petition ,  Shaseendra Rajapaksa ,  courts ,
Disclaimer: All the comments will be moderated by the AD editorial. Abstain from posting comments that are obscene, defamatory or slanderous. Please avoid outside hyperlinks inside the comment and avoid typing all capitalized comments. Help us delete comments that do not follow these guidelines by flagging them(mouse over a comment and click the flag icon on the right side). Do use these forums to voice your opinions and create healthy discourse.