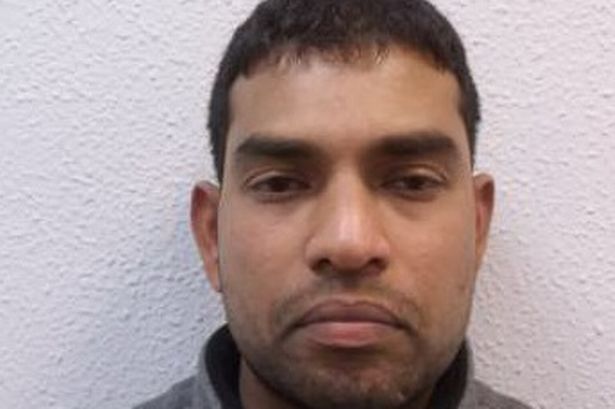 An “extremely tired” Sri Lankan van driver who hit and killed a jogger near Epsom after working a 12-hour night shift has been jailed for four years by a UK court.

When his vehicle fatally struck Louisa Gammie in Worcester Park on a morning last November, 34-year-old Shamugarasa Vinayagasivampillai had only slept for around four hours, having just worked a 12-hour night shift for the previous seven days.

Vinayagasivampillai was sentenced at Guildford Crown Court on Friday having previously pleaded guilty to causing death by dangerous driving.

He was behind the wheel of a Nissan Primastar van in Old Malden Lane on Saturday November 8 2014 when he veered across the road, missed the oncoming traffic, but hit Ms Gammie.

The 39-year-old sadly died in hospital the next day.

The court heard that the defendant, of Meadway in Surbiton, held down two jobs - a 12-hour night shift for seven days a week, plus an afternoon job four days a week.

He had worked both before the tragic incident and had just run an errand for his uncle when he struck Ms Gammie, who was running along the verge.

Prosecutor Rossano Scamardella said: “Police officers at the scene noted that, notwithstanding what had just happened, the defendant kept falling asleep.

“He could not remember what had caused the collision. The first thing he knew he heard a bang and saw people getting out of their cars in his mirror.”

Mr Scamardella told the court the defendant had previous convictions for drink driving and driving without insurance from 2012.

Defence counsel Nicholas Barraclough said his client had been financially responsible for his mother in Sri Lanka, from where he had come as a refugee in 2000, as well as his two sisters, who’s weddings and dowries he had recently funded shortly before the accident.

“Nothing can be said at this stage on his behalf to make this tragedy any better for the family,” he said.

“All he can do through me is humbly and sincerely apologise for his actions.”

Sentencing the defendant, Judge Christopher Critchlow said: “You have brought a tragedy to the family who sit in this court as a result of your driving when you were plainly too tired.

“You should not have been anywhere near a motorcar.

“Nothing I can say can bring back to her family a talented woman: an HR adviser; a young mother and partner. It was an awful day for that family which they will never forget.”

TAGS :  Sri Lankan expatriates ,  accident ,  Epsom ,  England ,  crash ,
Disclaimer: All the comments will be moderated by the AD editorial. Abstain from posting comments that are obscene, defamatory or slanderous. Please avoid outside hyperlinks inside the comment and avoid typing all capitalized comments. Help us delete comments that do not follow these guidelines by flagging them(mouse over a comment and click the flag icon on the right side). Do use these forums to voice your opinions and create healthy discourse.