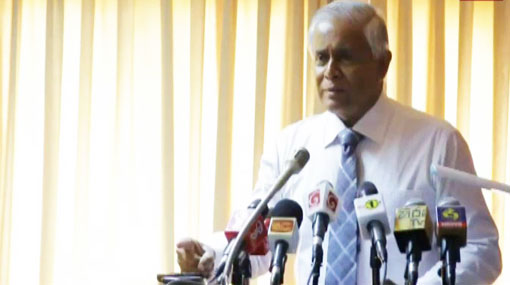 Former Chief Justice of Sri Lanka Sarath N. Silva says that good governance cannot be established in a country within just 100 days and that it will never exist under jungle law.

“Good governance cannot be created even within a lifetime,” he said, speaking at an event in Colombo on Tuesday.

Silva further said that he “regretfully” voted for Maithripala Sirisena who was elected as President on January 08, because he saw the risks. “But I am against Mahinda Rajapaksa contesting for the third time.”

He stated that the most important aspect of good governance is for governance existing according to the law. “Good governance will never exist under jungle law.”

He said that as soon as he was sworn in the President had signed a letter sacking the Prime Minster and put that letter inside a file. Only after that was the new Prime Minister appointed.

“So, good governance started with setting of a bad precedent,” he said.

TAGS :  Sarath N Silva ,  Mahinda Rajapaksa ,  Maithripala Sirisena ,  good governance ,
Disclaimer: All the comments will be moderated by the AD editorial. Abstain from posting comments that are obscene, defamatory or slanderous. Please avoid outside hyperlinks inside the comment and avoid typing all capitalized comments. Help us delete comments that do not follow these guidelines by flagging them(mouse over a comment and click the flag icon on the right side). Do use these forums to voice your opinions and create healthy discourse.