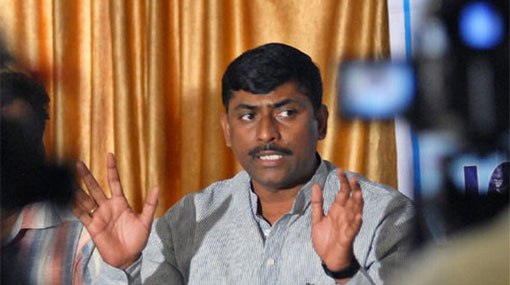 Indian Prime Minister Narendra Modi has been paying special attention for the welfare of Tamils both in India and in Sri Lanka, says Muralidhar Rao, national general secretary of the BJP.

Detailing the one-year-achievement of BJP government, Rao said that during this period, Modi paid special attention to issues concerning Tamils.

“He was the first PM to visit Jaffna in Northern Lanka. The Prime Minister made efforts personally for the release of five Tamil Nadu fishermen who faced capital punishment in the island nation,” he said and added that the government was making consistent efforts to resolve the fishermen row with Sri Lanka.

“Special attention was being paid to spread the glory of Tamil language and celebrating greatness of Tiruvalluvar across the country was a testimony to this,” he said while talking to reporters in Madurai on Tuesday.

When asked about citizenship status to Sri Lankan Tamils like in the case of Hindu immigrants from Bangladesh, Rao said both were two different issues. In the case of Bangladesh Hindus, they were suppressed of their religious and human rights. But in Sri Lanka, the BJP government was duty bound to get political rights for Tamils there.

Meanwhile another BJP leader Pon Radhakrishnan faulted the former UPA government in India for the problems faced by Sri Lankan Tamils during the war with LTTE in the island nation.

The Union Minister of State for Road Transport, National Highways and Shipping said the incumbent NDA government had made it clear that India would stand in total solidarity with Sri Lankan Tamils.

It had also insisted that that the Sri Lankan government not only guarantee the rights of the Tamils, but also extend an honourable and dignified treatment to them, he said.

TAGS :  Narendra Modi ,  Sri Lankan Tamils ,  Muralidhar Rao ,  BJP ,  NDA ,  UPA ,  India ,  Sri Lanka ,
Disclaimer: All the comments will be moderated by the AD editorial. Abstain from posting comments that are obscene, defamatory or slanderous. Please avoid outside hyperlinks inside the comment and avoid typing all capitalized comments. Help us delete comments that do not follow these guidelines by flagging them(mouse over a comment and click the flag icon on the right side). Do use these forums to voice your opinions and create healthy discourse.