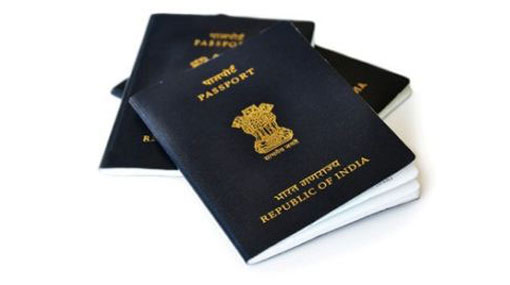 According to the details one Veerappa, native of Sri Lanka who had migrated to Tamil Nadu five years back, had contacted an agent, Shiva, and handed him over Rs. 500,000 and asked him to make a fake passport and arrange his travel to Switzerland as well.

Shiva, in the meantime, pasted the photograph of Veerappa on the passport of one Jayakaran and asked him to go to RGI to catch a flight.

When he went through custom checkup, the officials found his passport as fake. He was immediately arrested and handed over to RGI police. A case has been registered and he was sent to remand, Siasat News reported.

TAGS :  RGI Airport ,  fake passport ,  Hyderabad ,  India ,
Disclaimer: All the comments will be moderated by the AD editorial. Abstain from posting comments that are obscene, defamatory or slanderous. Please avoid outside hyperlinks inside the comment and avoid typing all capitalized comments. Help us delete comments that do not follow these guidelines by flagging them(mouse over a comment and click the flag icon on the right side). Do use these forums to voice your opinions and create healthy discourse.