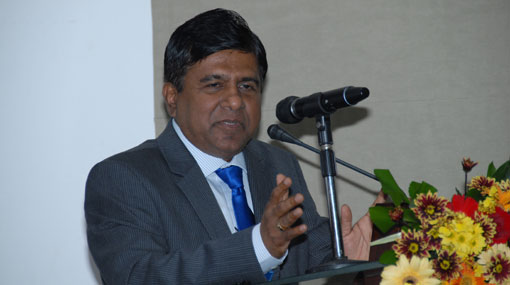 Justice Minister Wijedasa Rajapaksa says that the President intends to dissolve Parliament after the constitutional amendment bill to change the electoral system is submitted.

Based on the requests of certain groups, President Maithripala Sirisena intends to dissolve Parliament after the 20th amendment to the constitution is presented to Parliament, he told Ada Derana.

He said that the President and Government expect to carry out the next steps with regard to the amendment bill under the next Parliament.

The Minister said that the government has accomplished its goals within the 100-day timeline and that practically there is no point in the incumbent Parliament continuing.

He stated that even the Government’s stance is also for the dissolving of Parliament.

On the no-confidence motion filed against Prime Minister Ranil Wickremesinghe by a group of opposition MPs, Mr Rajapaksa said that it was a ‘senseless act’ as even the PM wants the Parliament to be dissolved.

“Even the Prime Minister is saying (he) doesn’t need the government (and to) dissolve it.”

“The opposition bringing a no-confidence motion when the Prime Minister and government are both calling for the dissolving of Parliament, means that the opposition is ignorant with regard to democracy and the parliamentary system.”

TAGS :  No Confidence Motion ,  Wijedasa Rajapaksa ,  Ranil Wickremesinghe ,  Parliament ,  dissolve ,
Disclaimer: All the comments will be moderated by the AD editorial. Abstain from posting comments that are obscene, defamatory or slanderous. Please avoid outside hyperlinks inside the comment and avoid typing all capitalized comments. Help us delete comments that do not follow these guidelines by flagging them(mouse over a comment and click the flag icon on the right side). Do use these forums to voice your opinions and create healthy discourse.