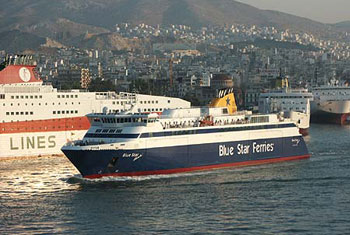 Lankan among 3 injured in ferry accident off Montenegro

Doctors in Montenegro say one sailor has died and three more including a Sri Lankan had to be hospitalized after an accident on a Greek ferry near the country’s Adriatic coast.

Doctors at the general hospital in the coastal town of Meljine say one of the sailors remains in life-threatening condition after a suspected poisoning late Friday, apparently by fuel fumes.

Police saying an investigation is underway but have released no details. Local media reported the sailors were from Sri Lanka, Egypt and India.

The ship ‘Horizon’ owned by a Greek company but sailing under a Cypriot flag was heading to a nearby Montenegrin shipyard for repairs, PTI reports.

TAGS :  Ferry ,  Accident ,  Montenegro ,  Greece ,
Disclaimer: All the comments will be moderated by the AD editorial. Abstain from posting comments that are obscene, defamatory or slanderous. Please avoid outside hyperlinks inside the comment and avoid typing all capitalized comments. Help us delete comments that do not follow these guidelines by flagging them(mouse over a comment and click the flag icon on the right side). Do use these forums to voice your opinions and create healthy discourse.