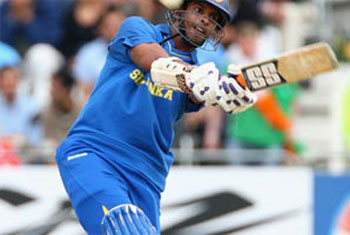 Mubarak recalled for Tests against Pakistan

After being sidelined for close to eight years, Jehan Mubarak, the allrounder, was recalled to Sri Lanka’s Test team when the 16-man squad for the three-match series against Pakistan was announced on Wednesday (June 10).

Mubarak last played a Test against England at home in 2007 but continued to feature in the limited-overs side until 2013 before being dropped. The 34-year-old has had a great run in domestic cricket in the last two seasons and has scored 1165 and 1112 runs at an average of 105.90 and 58.52 respectively.

Kithuruwan Vithanage, the left-hand batsman, also retained his place in the squad after impressive outings against Pakistan A in May this year, where he scored 39, 96, 48 and 136 in the three first-class games.

But there were some new faces too, with Kusal Perera, the hard-hitting opening batsman, and Dushmantha Chameera, the right-arm pacer, picked in the side. Perera has played 43 One-Day Internationals, 18 Twenty20 Internationals and has an average of 51.35 in first-class cricket, while Chameera impressed during his performance in the two matches he played at the 2015 World Cup. Chameera’s selection also was based on Shaminda Eranga’s unavailability due to a back injury.

Sri Lanka last played a Test series in New Zealand in January this year. Tharindu Kaushal, the offspinner who struggled in the first Test against New Zealand with match figures of 2 for 207 and was dropped for the next Test, has been given another chance. The 22-year-old picked up nine wickets against the visiting Pakistan A in two games to make a claim.

Suranga Lakmal, who has been struggling with a groin injury, was selected in the squad too but will undergo a fitness test before the start of the series.

The first Test will be played at the Galle International Stadium and the series will be followed by five ODIs and two T20Is.

TAGS :  Sri Lanka Cricket ,  Pakistan ,  SLC ,  PCB ,  Test ,  cricket ,  ODI ,  Jehan Mubarak ,  Kusal Perera ,
Disclaimer: All the comments will be moderated by the AD editorial. Abstain from posting comments that are obscene, defamatory or slanderous. Please avoid outside hyperlinks inside the comment and avoid typing all capitalized comments. Help us delete comments that do not follow these guidelines by flagging them(mouse over a comment and click the flag icon on the right side). Do use these forums to voice your opinions and create healthy discourse.