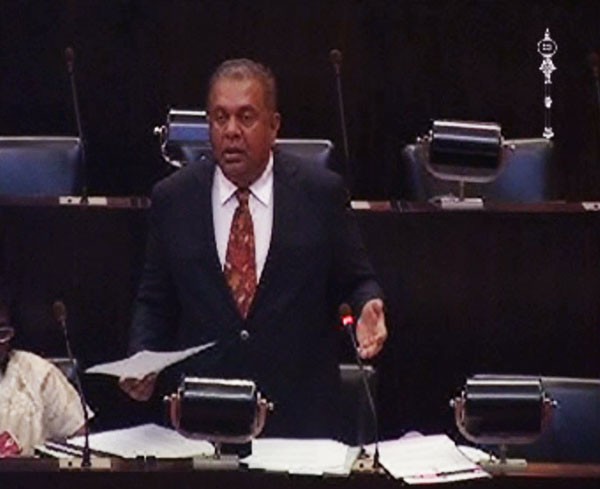 No discussion on LTTE ban at TNA-GTF meet: Mangala

Sri Lanka’s Foreign Minister says that topics such as  lifting the proscription of the LTTE or war crimes allegations did not feature in his recent discussion with the Global Tamil Forum and the Tamil National Alliance (TNA) in London.

“There was absolutely no discussion of lifting the proscription of the LTTE. That was never discussed,” Mangala Samaraweera said.

“And also we did not discuss any issues regarding a political solution. Nor did we discuss about the impending domestic mechanism which the government, at the moment, is preparing,” he told Parliament on Friday (12).

Responding to questions raised by the Leader of Opposition relating to the discussions, which was given immense publicity in sections of the media, Samaraweera stated the needs of the displaced people and prisoners held under the PTA without charges were the main subjects discussed.

“This annual review is mandatory as per the regulations that have been gazetted by the previous Government,” he said.

Samaraweera said he considers the proscribing of over 400 Tamil diaspora individuals in 2014 as “an election gimmick” because it was “not well considered at all.”

“There were people who were included in the list who had died several years before this list came out. That shows that it was a hurriedly compiled list without taking into consideration the actual facts,” he charged.

TAGS :  Mangala Samaraweera ,  GTF ,  TNA ,  Tamil Diaspora ,  Parliament ,  LTTE ,  Suren Surendiran ,
Disclaimer: All the comments will be moderated by the AD editorial. Abstain from posting comments that are obscene, defamatory or slanderous. Please avoid outside hyperlinks inside the comment and avoid typing all capitalized comments. Help us delete comments that do not follow these guidelines by flagging them(mouse over a comment and click the flag icon on the right side). Do use these forums to voice your opinions and create healthy discourse.