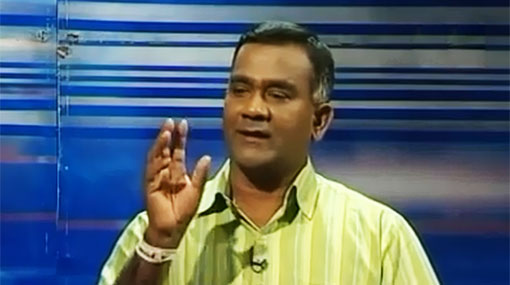 Former UNP General Secretary Tissa Attanayake was today summoned to the Commission to Investigate Allegations of Bribery or Corruption to record a statement regarding his acceptance of a ministerial portfolio before the Presidential Election.

Attanayake was made Health Minister for less than three weeks after he defected from the UNP and pledged support to then President Mahinda Rajapaksa, who was seeking a third term in office.

Rajapaksa eventually lost to his former Health Minister Maithripala Sirisena, who himself defecated from the government to contest the Presidential Election as the Common Candidate.

The former UNP General Secretary was expelled from the party following a decision taken by the its working committee.

On February 11, Attanayake was released on bail after being arrested on criminal charges of falsifying documents.

TAGS :  Bribery Commission ,  CIABC ,  Tissa Attanayake ,  Maithripala Sirisena ,  UNP ,  Mahinda Rajapaksa ,
Disclaimer: All the comments will be moderated by the AD editorial. Abstain from posting comments that are obscene, defamatory or slanderous. Please avoid outside hyperlinks inside the comment and avoid typing all capitalized comments. Help us delete comments that do not follow these guidelines by flagging them(mouse over a comment and click the flag icon on the right side). Do use these forums to voice your opinions and create healthy discourse.