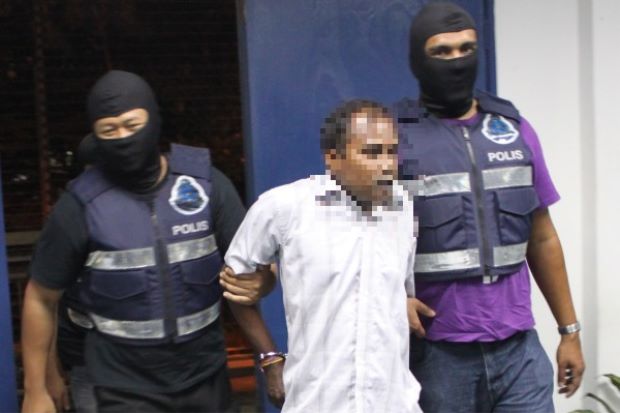 Despite its military defeat at the hands of the Sri Lankan government in 2009, the LTTE’s international network of sympathizers and financial support persists, the United States says.

Although the LTTE has been largely inactive since its military defeat in Sri Lanka in 2009, in the past the LTTE was responsible for an integrated battlefield insurgent strategy that targeted key installations and senior Sri Lankan political and military leaders.

“There have been no known attacks in Sri Lanka that could verifiably be attributed to the LTTE since the end of the war, but a total of 13 LTTE supporters, several of which had allegedly planned attacks against U.S. and Israeli diplomatic facilities in India, were arrested in Malaysia in 2014.”

“LTTE’s financial network of support continued to operate throughout 2014,” the US State Department said in a report released on Friday.

According to the 2014 Country Reports on Terrorism, the Liberation Tigers of Tamil Eelam (LTTE) used its international contacts and the large Tamil diaspora in North America, Europe, and Asia to procure weapons, communications, funding, and other needed supplies.

The group employed charities as fronts to collect and divert funds for its activities, it said.

Under the country overview, the report stated that the 2009 military defeat of the LTTE marked the beginning of what many hoped was a new era for the country.

The Sri Lankan government maintained a strong military presence in post-conflict areas and continued to voice concern about the possible reemergence of pro-LTTE sympathizers. Although the Sri Lankan government maintains a comprehensive counterterrorism stance, counterterrorism cooperation and training with the United States in 2014 was limited, it said.

The US Embassy in Colombo had significant concerns regarding use of the PTA by the previous government of President Mahinda Rajapaksa to harass and detain public actors under the guise of seeking to revive the LTTE.

“The new government has pledged to end the broad application of the PTA, and has also taken steps to reduce the military’s role in civil society and its control of land in security zones in the north.”

In March 2014, the government announced it had designated 16 organizations and 422 individuals as terrorist entities and/or facilitating terrorist financing designed to help revive the LTTE.

“The Sri Lankan government did not provide information regarding criteria for designation or any supporting evidence.”

“A team from the UN Counter-Terrorism Committee Executive Director’s office, which visited Sri Lanka in October 2014, expressed concerns the designation process may not have met UN standards,” the report highlighted.

It further said that while Sri Lanka is neither an important regional financial center nor a preferred center for money laundering, several factors make the country vulnerable to money laundering and terrorist finance.

“These include a lack of transparent tender mechanisms in government projects, past experience with terrorism, tax evasion, and a large informal economy.”

The US Department of State released the annual Congressionally mandated Country Reports on Terrorism 2014 on Friday (June 19).

TAGS :  LTTE ,  US ,  State Department ,  Country Reports on Terrorism 2014 ,
Disclaimer: All the comments will be moderated by the AD editorial. Abstain from posting comments that are obscene, defamatory or slanderous. Please avoid outside hyperlinks inside the comment and avoid typing all capitalized comments. Help us delete comments that do not follow these guidelines by flagging them(mouse over a comment and click the flag icon on the right side). Do use these forums to voice your opinions and create healthy discourse.