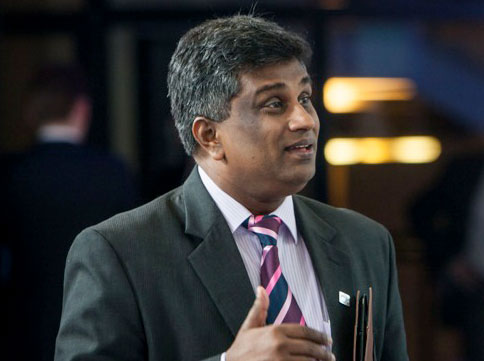 No discussion over road, rail link with India - Govt

The Sri Lankan government says that India had not held any discussions with Sri Lanka over establishing a road and rail link connecting the two countries across the Palk Strait.

Deputy Foreign Minister Ajith P. Perera said that despite media reports that India’s central government was considering building a road and rail link to Sri Lanka to enhance transport between the two countries, no discussions had been held with Sri Lanka over the matter.

“Neither the prime minister of India or the Indian external affairs minister discussed the matter with us during their recent visits to the country. This proposal seems to be someone’s creative idea and nothing more,” Perera told Xinhua.

However while asserting that such a proposal, if put forward to the Sri Lankan government would be “very interesting”, Perera said that the negatives and positives of such a step would have to be carefully studied along with the social and economic impact it would have on both the countries before discussing the matter further.

“It is a massive project which has to be thoroughly studied before any decision can be made,” he said.

According to recent media reports, India’s Transport Minister Nitin Gadkari has said that they are mulling over the construction of a sea bridge and an underwater tunnel linking Sri Lanka and India. He pointed out the possibility of building this bridge linking the 23 kilometer sea limits between Talaimannar in Sri Lanka and Dhanushkodi in India.

The Indian Minister further said that a proposal for providing road and rail link bridging the divide across Palk Strait has been submitted to the Asian Development Bank for a pre-feasibility study and subsequent financing. Currently, the missing link of narrow corridor of about 23 km is serviced through makeshift ferry service.

TAGS :  Ajith P. Perera ,  Nitin Gadkari ,  ADB ,  Indo-Lanka ,
Disclaimer: All the comments will be moderated by the AD editorial. Abstain from posting comments that are obscene, defamatory or slanderous. Please avoid outside hyperlinks inside the comment and avoid typing all capitalized comments. Help us delete comments that do not follow these guidelines by flagging them(mouse over a comment and click the flag icon on the right side). Do use these forums to voice your opinions and create healthy discourse.