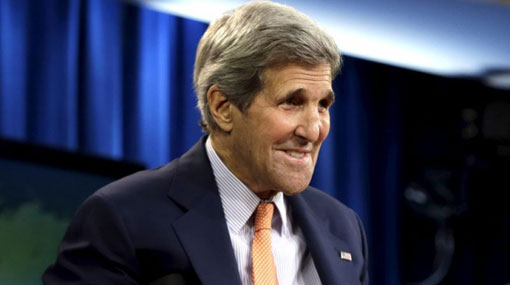 There were reports that the Sri Lankan government or its agents committed arbitrary or unlawful killings in 2014, the U.S. State Department said in an annual report on Thursday.

“Reliable statistics on such killings were difficult to obtain because past complainants were killed, and many families feared reprisals if they complained.”

“While the overall number of reported extrajudicial killings did not appear to increase from the previous year, killings and assaults on civilians by government officials were a problem,” the US State Department’s “Country Reports on Human Rights Practices for 2014” said.

It said that throughout the year numerous reports emerged regarding the killing of suspects under questionable circumstances while in police custody.

“According to a government official, there have been 68 such police custodial deaths in the country since the start of 2012. In October a media account listed 12 individuals killed while in police custody in 11 incidents since July 2013.”

“Police accounts of the deaths of such suspects often included similar details--particularly of suspects leading police to a supposed weapons cache, followed by gunfire or a grenade explosion resulting in a suspect’s death--leading observers to question their credibility.”

The lengthy report also states that there was very limited progress made with regard to the thousands of disappearances from past years.

The report also express concerns regarding the commission appointed by then President Mahinda Rajapaksa, to investigate incidents of missing persons during the country’s 26-year civil war, over its “slow pace of work” and numerous problems in the commission’s work.

“The commission took public testimony on just over 1,440 of more than 20,000 cases registered by December, raising concerns regarding the commission’s slow pace of work.”

“Observers identified numerous problems in the commission’s work. These included, but were not limited to: the intimidation of commission witnesses (including on the same day their testimonies were taken); the provision of transport by the military for witnesses to travel to and from the testimony sites; the presence of intelligence officers at public testimony (including taking photographs of witnesses and those present); commission questioning that overly focused on LTTE culpability and witness compensation; and poor or misleading interpretation of witness testimony, which undermined the quality of evidence gathered in the first instance,” the report points out.

“For example, throughout the year military and paramilitary agents with apparent links to the government continued their campaign to intimidate employees at the Tamil-language Uthayan newspaper.”

“Authorities accompanied the verbal attacks by verbal threats and physical assaults on Uthayan personnel throughout the year,” it said.

The report states that the law prohibits arbitrary arrest and detention, but such incidents frequently occurred. “There were numerous reports throughout the year of victims arrested and detained on unsubstantiated charges.”

“The law provides for freedom of speech, including for members of the press, but the government did not respect this right. Government officials criticized, pressured, harassed, and detained members of the media, and most journalists practiced self-censorship.”

The law grants every citizen “freedom of movement and of choosing his residence” and “freedom to return to the country.” However, the government restricted these rights on multiple occasions, the report claimed.

“The law provides criminal penalties for corruption by officials, but the government did not implement the law effectively, and officials in all three branches of government frequently engaged in corrupt practices with impunity.”

TAGS :  US ,  Sri Lanka ,  John Kerry ,  2014 Country Reports on Human Rights Practices ,  human rights ,
Disclaimer: All the comments will be moderated by the AD editorial. Abstain from posting comments that are obscene, defamatory or slanderous. Please avoid outside hyperlinks inside the comment and avoid typing all capitalized comments. Help us delete comments that do not follow these guidelines by flagging them(mouse over a comment and click the flag icon on the right side). Do use these forums to voice your opinions and create healthy discourse.