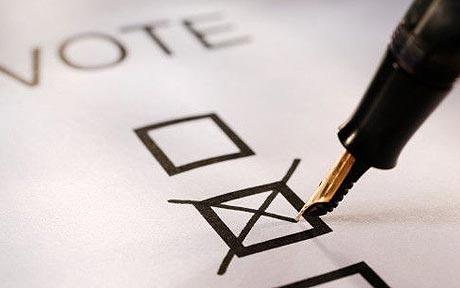 The Government Printer says that the General Election for a new Parliament is to be held on August 17, 2015.

President Maithripala Sirisena has signed the relevant gazette notification and sent to the Government Printer.

The Government Printer has confirmed that he has received the gazette notification dissolving the Parliament with effect from midnight today (June 26).

According to the gazette notification, the parliamentary election is to be held on August 15 while the new parliament is to convene on September 01.

The election will come eight months ahead of the scheduled date in April 2016. However, the President had promised to dissolve the parliament on April 23 of this year at the conclusion of 100 days of his new government.

He held the decision back to implement his reforms - both constitutional and electoral.

Addressing a media conference at the Government Information Department, he stated that the UNP has called for an immediate dissolution of Parliament for fresh elections as the only way to halt the Opposition’s efforts to “undermine” the government’s endeavors to re-build democracy in the country.

Parliament was expected to be dissolved after the passing of the 20th Amendment to the Constitution, which includes electoral reforms.

However, the political parties in the country and even the Cabinet of Ministers had failed to reach a consensus on a specific electoral system.

Thus a majority of political parties including the United National Party (UNP), which formed the new government after the Presidential Election on January 8, urged President Maithripala Sirisena to dissolve Parliament and call for fresh polls.

Cabinet earlier this month approved the 20th Amendment which increases the number of parliamentary seats to 237 from the current 225. The legislation has been gazetted but not yet presented in parliament for debate.

TAGS :  Parliament ,  General Election ,  Government Printer ,
Disclaimer: All the comments will be moderated by the AD editorial. Abstain from posting comments that are obscene, defamatory or slanderous. Please avoid outside hyperlinks inside the comment and avoid typing all capitalized comments. Help us delete comments that do not follow these guidelines by flagging them(mouse over a comment and click the flag icon on the right side). Do use these forums to voice your opinions and create healthy discourse.