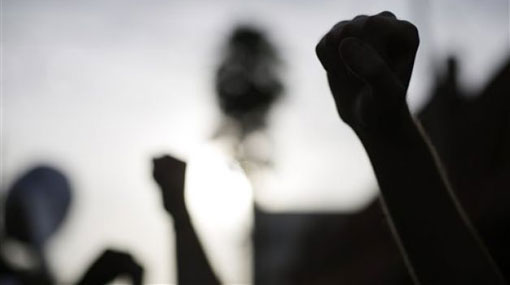 A Sri Lankan Tamil refugee housed in a camp at Thuraimangalam near Perambalur abstained from taking food for some time on Friday seeking action against one of the refugees.

Police sources said B.Sargunarajan (44) alleged that Santhan, another refugee, was involved in conversion in the camp, The Hindu reported.

Officials held talks with Sargunarajan and asked him to give his complaints in writing . Finally, Sargunarajan gave up his stir, the report said.

TAGS :  Sri Lankan refugee ,  Tamil Nadu ,  Perambalur ,  India ,  Thuraimangalam ,
Disclaimer: All the comments will be moderated by the AD editorial. Abstain from posting comments that are obscene, defamatory or slanderous. Please avoid outside hyperlinks inside the comment and avoid typing all capitalized comments. Help us delete comments that do not follow these guidelines by flagging them(mouse over a comment and click the flag icon on the right side). Do use these forums to voice your opinions and create healthy discourse.