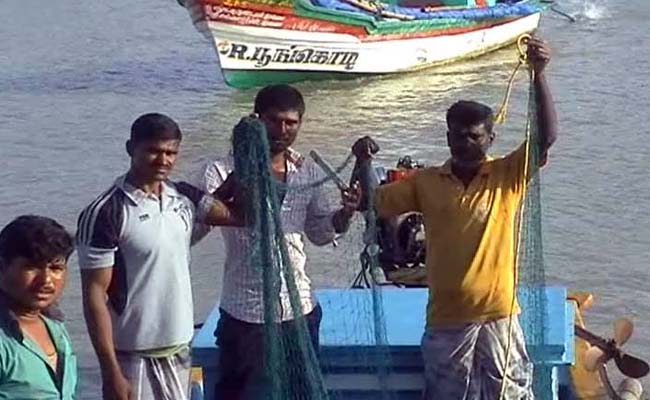 About 30 to 40 fishermen claim they were attacked allegedly by their Sri Lankan counterparts off Kodiakarai coast, who damaged their nets worth millions of rupees and threw the catch into the sea, an Indian fisheries department official said.

However, none of them were injured in the attack and the group of 180 fishermen returned to shore safely today, Nagapattinam District Assistant Director of Fisheries Sivakumar said.

Quoting one of the fishermen who returned, he said 15 Sri Lankan fishermen in five fast craft surrounded their boats, attacked them with wooden logs and threatened to blow up the boats with some petrol bombs they were carrying.

The Sri Lankan fishermen allegedly threw the entire catch into the sea, damaged 15 tonnes of fishing nets worth 60 million Indian rupees and also snatched their mobile phones and GPS equipment, he said.

The 180 Indian fishermen from various hamlets had set out to sea in 34 boats from Kodiakarai on June 30, PTI reported.

They returned to shore this morning and lodged complaints with the fisheries department and Q Branch police Sivakumar said he is now conducting an inquiry in the matter.

TAGS :  Indian fishermen ,  Indian fishermen ,  attack ,  Kodiakarai ,  Nagapattinam ,
Disclaimer: All the comments will be moderated by the AD editorial. Abstain from posting comments that are obscene, defamatory or slanderous. Please avoid outside hyperlinks inside the comment and avoid typing all capitalized comments. Help us delete comments that do not follow these guidelines by flagging them(mouse over a comment and click the flag icon on the right side). Do use these forums to voice your opinions and create healthy discourse.